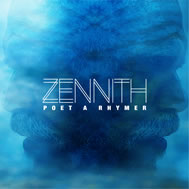 Embracing their hip-hop reggae roots, Kuranda’s dynamic family-founded outfit Zennith are back with a new single – six years after their last release. Poet A Rhymer is the sound the band always set out to create, a dancehall anthem with beat-laden rap and a rhythmic undertone, interwoven with some mean guitar licks. Although it is more than half a decade since their last official release, Zennith haven’t been sitting idle, the band’s lifeblood, the Brims – Astro, Aden and Willie – have been working solidly on new material and continuing their hard-work approach. Now, with the official release of their new single at last weekend’s Island Vibe Festival, Zennith are back and with a track like Poet A Rhymer, it will be hard to miss them.

Harking from the Tropics in North Queensland, Zennith smashed into the spotlight on the national music scene with their 2007 EP I Like It, something that was cemented with their debut long-player Nothin’ To Lose in 2010. The album saw them garnering new fans from around the country and securing performance slots on Bluesfest and Splendour In The Grass. Fast forward six years and Zennith has a new line-up – with the ever-present core of the Brim brothers and their father Willie – and a tight sound that can only come from consistently playing live. They’ve been on the local tour and Far North festival circuit non-stop, testing out new material, finding their musical chemistry and gearing up for their next release.

It isn’t hard to understand why Zennith are so revered. Based in the heart of Bullwai country, they proudly promote their Indigenous heritage, melding their sound with an acute sensibility and creating a soundtrack of Australia. They take their responsibility of sharing their culture seriously, so it isn’t surprising to find that music-fans from all walks of life resonate with their music. They aren’t resolutely focused on pushing a political message; they music embodies all facets of life – love, respect, family, relationships, hardships and above all, the connection fostered through music.

For the Brims, the timing just fell into place for Poet A Rhymer. “It just feels right,” says Astro. “We spent the last three years jamming with other people and now we have our crew. We knew for a long time what we had been wanting to release and record. Poet A Rhymer has always received a good response at festivals. The film clip was a great way to show the unity between cultures and where we came from.”

The clip – filmed with production company The Wild Above – speaks right the heart of what Zennith is all about. Showcasing different cultures, bonding together, under Tropical North Queensland rainforest skies, it not only illustrates the laid-back atmosphere of the Far North region, but the effortless rapport the group has with one another. The imagery is vivid, breathtaking and has the indelible imprint of the Bullwai people.

When it came to penning the song – and the many that will make up the track-listing of Zennith’s forthcoming, as-yet-untitled EP (slated for release in early 2017) – it was a collaborative affair. “Dad [Willie] came up with the groove,” says Astro. “I came with the chorus – then it was a collective input from all. We were inspired by our previous work and wanted to connect back to that hip-hop reggae groove – Zennith’s trademark sound.”

The lyrical content is all about the groove and Aden was inspired by that, watching dancers up in the Cape and being impressed by how well they combined traditional dancing with hip-hop. The track was recorded with revered producer / engineer Nigel Pegrum (Seaman Dan, The McMenamins) at Pegasus Studios in Cairns, and mixed at Tanuki Lounge by PaulieB. The sound was exactly what the Brims envisioned.

“We are a lot more mature now,” says Astro. “It was all new to us at the start, we were really young. We just jumped on the ride and touring really broadened our mind. We are starting to create our own brand of sound – our own trademark groove. We are a lot more grounded now and a lot more ‘together’. We know that less is more in the sound. We know what songs we want to release and what groove we want to play.”

In addition to the maturity, the sound is really polished – it is evident from even the first listen that the band have been honing their craft for years, and are all exceptional musicians within their own right. The time between recordings – and the line-up changes – have changed the zeitgeist of Zennith and positioned them in the direction they always wanted to take. This is the band they set out to be way back in 2007 and there is no doubt, the time is now for these hip-hop reggae rainforest warriors!

Zennith’s new single Poet A Rhymer is out now through MGM. Check out the single clip