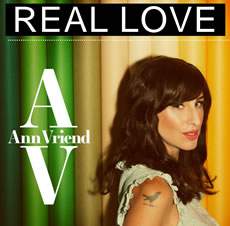 Canadian soul songstress Ann Vriend has been in the studio and Australians are in for a treat as she releases a new single Real Love, straight from her recent studio sessions. A funky old-school soul track with a cool ska groove, Real Love is the result of several months of hard work in the studio. The chance to experiment with digital instrumentation on the single – thanks to producer Tino Zolfo – has been an exciting time for Ann who reveals in the opportunity to broaden her soul horizons. Almost an honourary Australian, it made sense to share her newest music with her ‘fans down under’ before she hits our shores in February for her national tour. Released to radio on January 20, Real Love is the perfect summer track and the first single from her forthcoming exclusive Australian EP release Anybody’s Different.

As with every song from Ann Vriend’s impressive back catalogue, her latest single is also steeped within what the singer sees within her own life. Inspired by the reality of long-term relationships, Real Love is a realistic insight into the challenges inherent in romantic relationships. Critical of the universal assumption that relationships should be perfect and problem-free, Ann wanted to pen a song about the hard work and patience that should be put into all relationships. Real Love urges listeners to be patient with their relationships and to bury the unrealistic assumption that love is easy and instantaneous — ‘Real love is harder than it seems’.

“The people that I know that have been in good relationships for a long time do say that, although their love for their partner is very deep, sometimes their relationship is hard work,” she says. “You have to be patient, forgiving and willing to go back to the drawing board instead of storming out the door. It takes time, and quality time, like everything worthwhile.”

Real Love is a breezy number, wrapped up with lyrics that are sincere and determined, fun and light instrumentation and perfected with a ska bassline and retro sampled back-up vocals. It is definitely a different song for Ann, but still harks back to her old-school soul roots. Her decision to play around with reggae comes from that unyielding love of classic soul and funk — reggae is not all that different from these two genres, an understanding that Ann was able to use to her advantage. In fact, her expertise in soul and funk have made her transition into ska and reggae in this track a very smooth one.

“I have friends in the ska and rocksteady world that I sometimes do gigs with, and I’ve dabbled at writing reggae tunes here and there,” says Ann. “I’ve listened to classic reggae artists a lot, especially as a teenager. There are a lot of things that reggae used from classic soul. I’ve always thought of classic soul and classic reggae as cousins — the groove is different but both are very groove and rhythm based. The instrumentation is also very similar, with lots of horns and call and response backup singers.”

Throughout the recording of Real Love, Ann and her producer Tino Zolfo chose to experiment more heavily with digital instrumentation, a technique that has worked favourably here. “To be honest, the bass and vocals are the only live instruments in the song — the rest are samples and loops and electronic instruments,” says Ann. “Tino has a quirky way of producing things digitally that don’t sound digital at all.”

Real Love is the first release of new material in Australia since Ann’s recent long-player For The People In The Mean Time. Gathering material in the studio will not only see Ann lay down tracks for a new full-length album – slated for release in 2017 – but also for the special Australian-edition five-track EP Anybody’s Different to coincide with her February and March tour dates. Being back in the studio has been a delight and Ann can’t wait to share her new material with fans.

“Some of the songs are done and some are in various stages, so I’m trying to whittle away at that now,” she says. “I am enjoying the approach of doing one song at a time with Tino — getting one song produced at a time also gives me the opportunity to work the songs into the live set with the band, which is a great way to try out different ideas and base the success of them on the crowd’s reaction.” 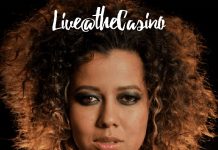 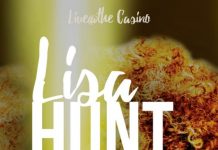 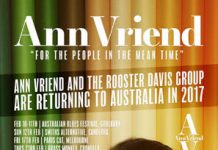