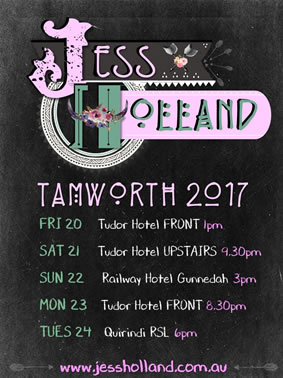 Celebrating the release of her latest single Ain’t Quittin This Run just in time for the summer festival season, powerhouse vocalist Jess Holland will be performing several shows at the 2017 Tamworth Country Music Festival in January. No stranger to the festival, the festival is always an annual highlight for Jess and something she works towards every year. These will be the last festival run of shows before she heads back into the studio to record her third long-player. The forthcoming as-yet-untitled LP – set for release in mid-2017 – will undoubtedly sneak its way into her performances at Tamworth, reflecting a particularly fruitful and inspirational year for the brilliant young singer-songwriter.

The year 2016 has been an incredibly productive one for Jess. She has been writing non-stop, externalising plenty of material from a very inspirational 12-months. This inspiration has proven fantastic fodder for new material, some tracks which will be showcased at the festival.

“My personal life has changed a fair bit in the last couple of years,” she says. “Relationships, moving towns, moving house…I’ve really steered towards getting back to my roots and as a result, it has influenced my writing. After Tamworth Country Music Festival, I will be heading into the studio to start recording the new material, which I am so excited about. Following the final product, it will be non-stop promo and touring.”

Jess is no stranger to performing at Tamworth Country Music Festival, regularly playing across several different venues. For her, the festival’s key highlight comes in her friendly rendezvous. “It’s all about catching up with mates, both on and off stage,” she says. “Some of them you don’t see all year, and then you get the privilege of performing with them! I also love watching all the new talent that I haven’t heard before.”

Jess will be performing with a full band this year at the festival, showcasing new material from her forthcoming new album. She will also be performing several solo shows, as well as treating her audience to a special one-off trio performance. Punters can switch fluidly from loud, bombastic performances and venues to modest and laidback settings.

The great thing about Tamworth Country Music Festival is the versatility it offers, says Jess. “Each show will be very different,” she says. “I will also be testing the waters with new material — I’m looking forward to playing to new crowds. Every crowd is different in each venue and at each time. Some spots are more of a songwriter session — very chilled. Some are rocky and some are action packed. It’s a lot of fun!”

Harnessing a formidable country-blues voice, Jess burst onto the scene back in 2011 with her debut studio album — Introducing…Jess Holland. The album was an independent release, showcasing Jess’ diversity as a vocalist and songwriter. Since then Jess has been a finalist in the Toyota Star Maker Competition several times; she has released a sophomore album and countless singles and has performed at some of the country’s most popular and iconic music festivals. She has garnered strong radio play with singles Fine Lines, Revolving Door and This Ol Guitar and her new single Ain’t Quittin This Run is already being embraced by the industry. She is a favourite among country music fans for her live performances and her honest outlook. The granddaughter of a founding member of acclaimed bush band The Stringybark Band, Jess has always been surrounded by music so it is no surprise that it is within music that she has found her home.

Don’t miss Jess Holland when she performs at the 2017 Tamworth Country Music Festival. 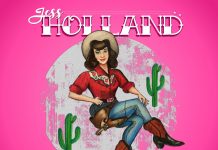 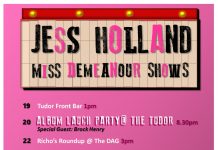 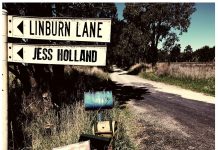