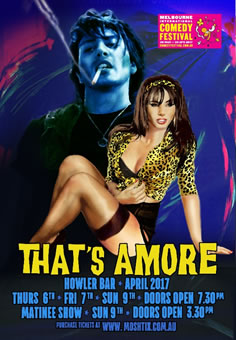 That’s Amore – the neo-burlesque-style cabaret spectacular – is returning to the Melbourne International Comedy Festival this year after an immensely successful debut in 2016. Last year’s run at Howler Bar during the Melbourne International Comedy Festival saw sell-out shows, and its return is back by extremely popular demand.  After almost 12-months touring Australia, delighting audiences with its hilarious portrayal of a seemingly doomed love story, the show won over audiences of all ages. Its return to Howler Bar this year will see That’s Amore run across three special nights in April.

That’s Amore follows the love story between protagonist Annabella Mozzarella and her charming and handsome stallion, Johnny Parmigiano. The producer and star of the show Annabella Dickson plays both roles – a feat that proves her skill and range as a performer and dancer. The show is set in the gorgeous Napoli; the perfect cheesy background for these star-crossed lovers. After falling madly in love, Mozzarella and Parmigiano are quickly torn apart — Parmigiano has a big secret and their courtship is cut short when he has to move to suburban Melbourne, Australia. That’s Amore is not your average cabaret — it’s a fiery, hilarious and deliberately cheesy neo-burlesque extravaganza, catering to all camps from the rom-com to the musical theatre. Even though Dickson inhabits both primary roles, the show is supported by a cast of amazing actors and dancers.

Annabella Dickson has been performing around Melbourne for the past 10 years. She owns her own dance fitness company, Mixtape Fitness, has a Bachelor in Dance and Performance Art and in 2015 was a Miss Burlesque Melbourne finalist. That’s Amore is Annabella’s debut production as director, writer and producer — a decision that has taken her on an incredible whirlwind journey across the country.

“Everything has gone into this show — I’ve lost my social life, my bank account, my sanity, everything,” Annabella laughs. “Fortunately I am surrounded by an amazing team of people — it’s not just me. Anyone who’s my friend has become part of this show. My entire family is involved, my brother’s friends etc — it’s a massive production. I feel very lucky and grateful that I’ve got such supportive friends and family.”

The character of Annabella Mozzarella was conceptualised in 2010; Johnny Parmigiano following in 2015. “I created Annabella and did a lot of burlesque shows off of her,” she explains. “She was my alter ego character for a while and Johnny was always her faceless boyfriend. She’d talk to him on the phone but he was never really there. When I decided to amp it up and devise an entire production off of these characters I realised that I needed to put a face to Johnny. No man was good enough so I decided to play Johnny myself.”

The decision to bring it back to Howler was deliberate. “They’re so lovely there and it’s a great space,” says Annabella. “There’s cabaret seating in the back room and we’ve decked it out to look like a little Italian restaurant with table cloths, flowers and virgin Marys.”

After her season concludes at this year’s Melbourne International Comedy Festival, Annabella plans to just play it by ear. “Honestly, I would love to alter it depending on what city I take it to,” she says. “The show is pretty Melbourne based in that it’s about the suburb of Coburg so I would love to find out what Sydney’s equivalent of Coburg is and alter it so I could perform it there.”

Tickets for That’s Amore at the Melbourne International Comedy Festival are on sale now. 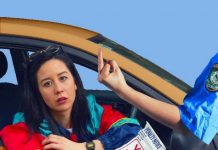 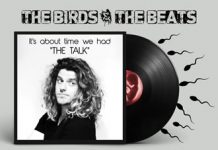