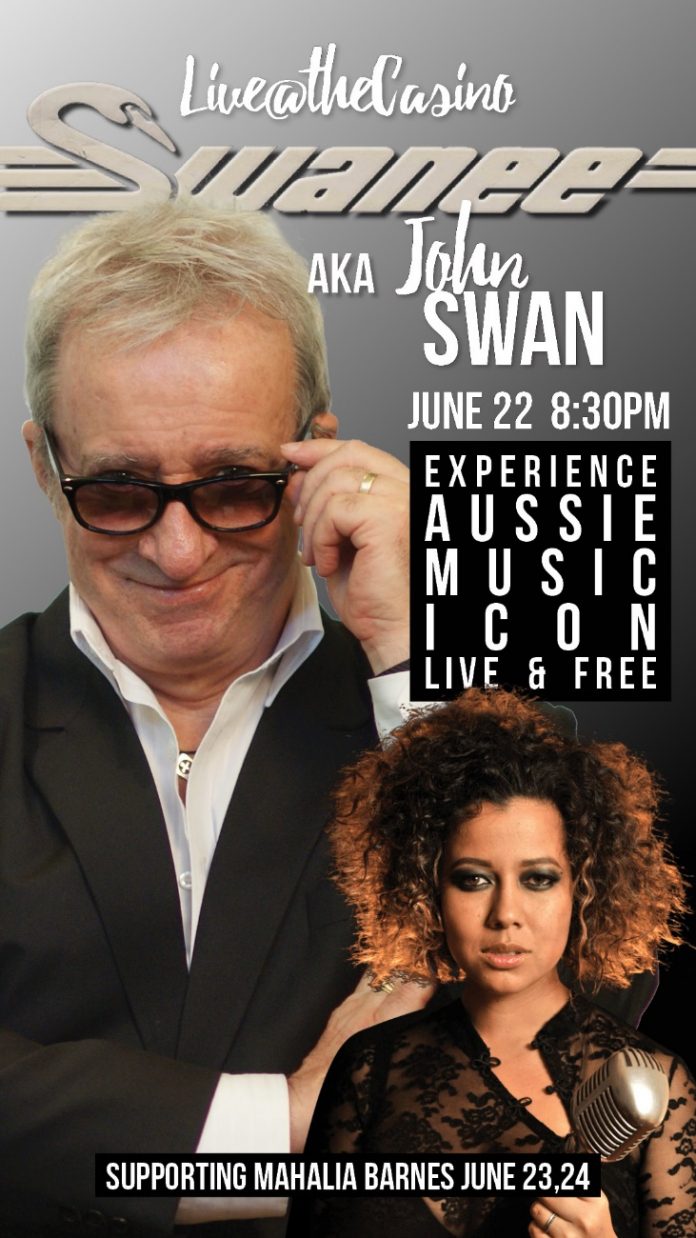 When it comes to music legends, Swanee (aka John Swan) is the epitome of that description. He is an icon of the Australian music scene, having topped the charts and played alongside industry greats. There is little he hasn’t done and he is revered by peers and fans alike. Now, Swanee is heading to the Tropical North for three special nights showcasing his diverse repertoire and getting ready to rock at The Reef Hotel Casino’s BAR36.

Swanee’s sojourn to the North will see him perform a solo headline show for one night, and then return for two more nights supporting his niece, Mahalia Barnes. While John Swan is a legend within his own right, he comes from talented bloodline – a family tree that saw his brother, Jimmy Barnes, also become a rock music great! The special nights at BAR36 will be a family affair with Swanee and Mahalia taking to the stage, and certainly one to remember for Aussie music fans.

It has been said that at a time when youngsters were dreaming of running away to join the circus, a bright-eyed 13-year-old John Swan was actually running away to join a rock band. Since joining that band – Happiness – and making the move from Adelaide to Melbourne, he hasn’t stopped making music. With smash hits such as If I Were A Carpenter, Temporary Heartache and Lady What’s Your Name, Swanee is a household name.

After he joined forces with The Party Boys in the mid-1980s, he was part of the #1 classic He’s Gonna Step On Your Again and other Top 10 hits Hold Your Head Up and Gloria. He was described as ‘the best rock n roll voice in the country’ by fellow Party Boy Paul Christie, and rightly so, it is an enviable title and one Swanee still lives up to.

Swanee is not just a stalwart of the Australian music scene, but also a philanthropist and well respected by all for his dedication for supporting music and helping others. He is a Senior South Australian of the Year, an ambassador for Ovarian Cancer Foundation SA, a co-founder of the Autism Music Fund, and an ambassador for the Salvation Army. He is also part of the Music Matters program and devotes his time to playing for patients as therapy. He was recently recognised with an OAM for his work in the music industry and his tireless charity work.

Swanee performs at BAR36 in The Reef Hotel Casino on Thursday 22nd June 2017 from 8.30pm, with support from KAWEYOVA. Swanee returns for two more nights supporting Mahalia Barnes on Friday 23rd and Saturday 24th June from 8.30pm. *** Live at the Casino shows in BAR36 are non-ticketed shows.