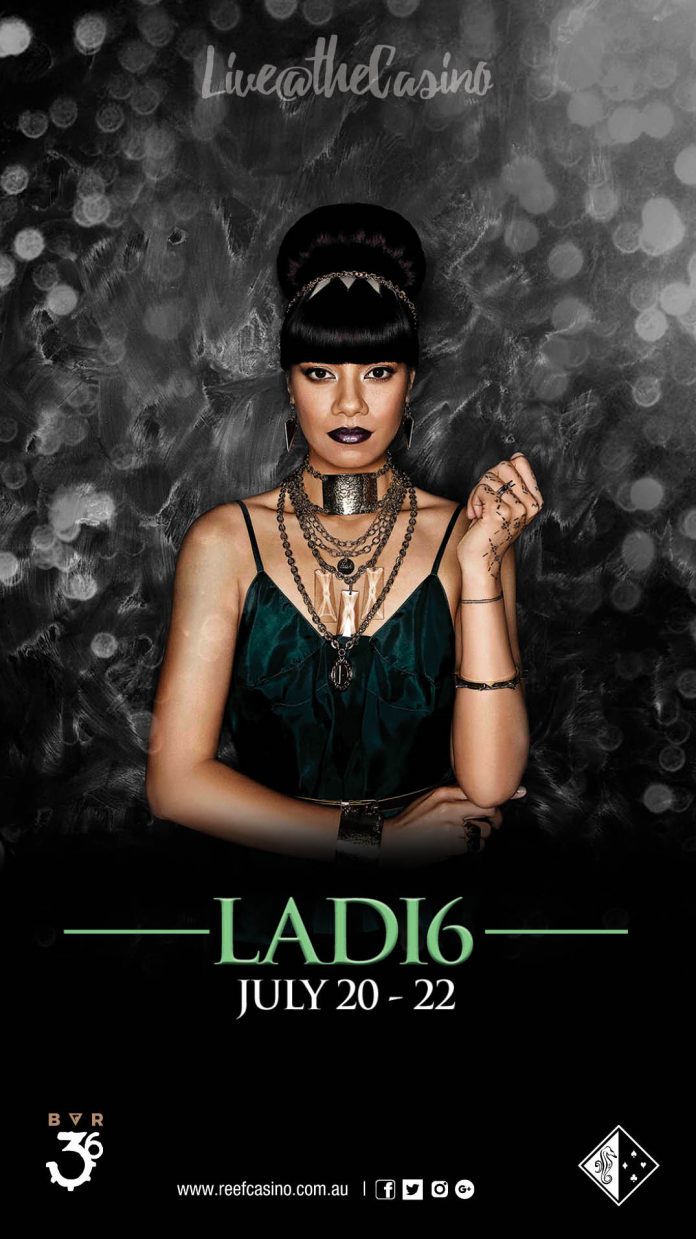 It’s been seven years since the enigmatic Ladi6 graced the stage at The Reef Hotel Casino, and now the icon of New Zealand music is back with a show guaranteed to delight. Revered in their home country for their electronic neo-soul, Ladi6 are a formidable force on the music scene.

The Auckland-based four-piece, comprised of the incomparable Ladi (vocals), Parks (producer), Julien Dyne (drummer) and Brandon Haru (keys / co-producer) have made an indelible impact on their home turf and overseas in their impressive nine-year career.

Launching with a deeply personal debut Time Is Not Much in 2008, Ladi6 instantly began turning industry heads. The follow-ups, The Liberation of…. (2010) and Automatic (2013) further cemented their status as New Zealand music royalty.

The latest offering, Royal Blue 3000 EP is an impressive release, one that has been garnering acclaim for its fusion of hip hop and soul. To celebrate the release, Ladi6 are on tour throughout Australia and The Reef Hotel Casino is lucky to be part of this exciting run of dates.

Ladi6 have always had their musical roots firmly imbedded in funk, soul and hip-hop. Their innate ability to fuse these styles effortlessly have seen the band take home accolade after accolade, such as Best Female Solo Artist at the Pacific Music Awards and Best Urban / Hip Hop Album at the New Zealand Music Awards, to name a few.

With Ladi6’s sultry voice at the helm, they’ve shared the stage with the likes of Erykah Badu, Gil Scott-Heron and Mos Def, and more. Don’t miss Ladi6 as they grace the BAR36 stage at The Reef Hotel Casino for three nights this July!

Ladi6 performs at BAR36 in The Reef Hotel Casino from 9pm nightly on Thursday 20th – Saturday 22nd July 2017.  Friday night entertainment continues with The Natural Culture (Mel) and Saturday Night the party wraps up with The Tall Poppies until late.