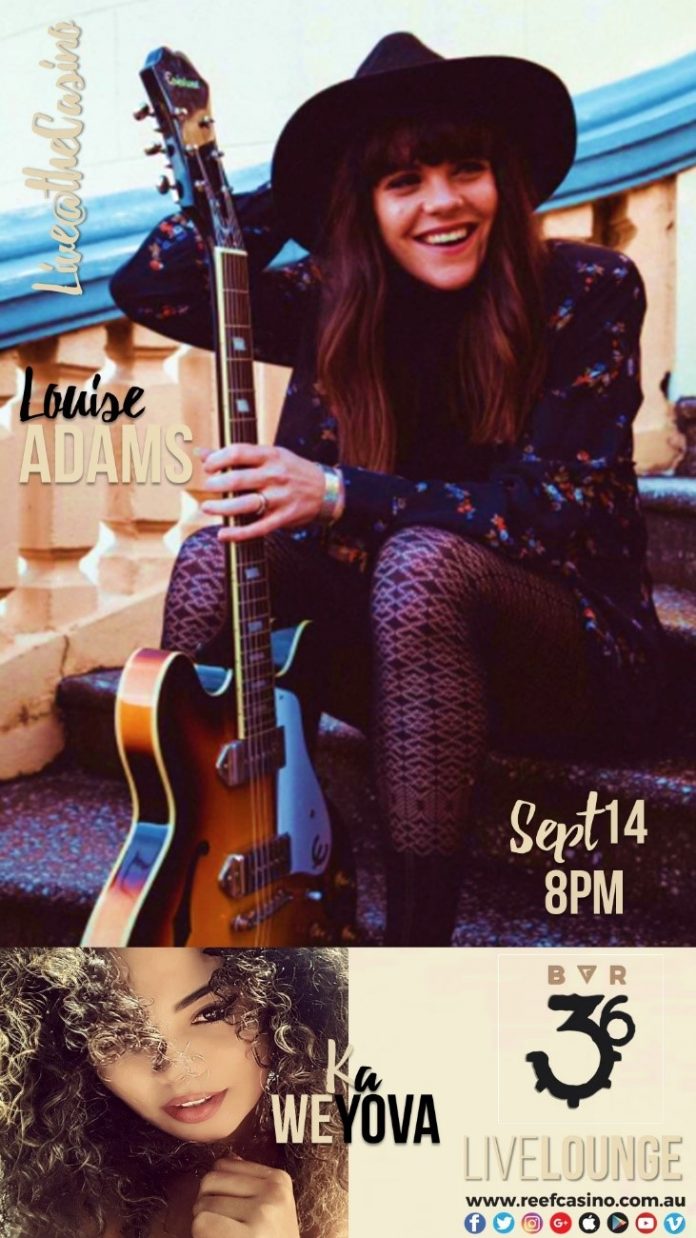 One of the most exciting songstresses on the scene today – Louise Adams – is heading to the Far North for one night only this September and audiences are in for a treat. With uniquely strong feminine vocals, Louise is being heralded for her vintage sound that melds together influences of blues, soul, country and indie pop. She is heading out on the road ahead of the release of her highly anticipated EP, showcasing her new material and performing some of the tracks that have already enamoured audiences to her music.

Louise stepped into the national consciousness back in 2015 when she became runner-up in the finals of X-Factor with her fresh and original renditions of songs that were described as ‘breathtaking, striking and unique’. Her debut self-titled album, which featured the debut track History, and a swag of other beautifully recorded tracks such as Someone Like You, Feeling Good and You Don’t Own Me earned her acclaim around the country.

Since then she has appeared on the bill of some of the most revered festivals around the country, including Adelaide Fringe, Tamworth Country Music Festival, Bendigo Blues, Blenheim and Castlemaine State Festival. She has also added supports with the likes of Boy & Bear, Mia Dyson, Jeff Lang, James Reyne and Melody Pool to name a few. The future is looking bright for this impressive songstress. She spent a lot of 2016/2017 dedicated to writing and recording her EP in Nashville.

Louise will be joined by the soulful Ka Weyova on the night. The Trobriand Island born performer made waves during her teenage years in Papua New Guinea, earning acclaim and becoming sought after for corporate events. In 2011, along with friend Jeremiah Prout under the guise of duo Nightshift, she took out local singing competition Digicel Stars 2 and recorded their debut album. Now based in Cairns, Ka Wayova continues to make an impact on the music scene. In 2014 she auditioned – under her name Samantha Clark – for The Voice, and caught the attention of P&O Australia, which turned into a role as their guest entertainer on their cruise ships. Fast forward and she has another release under her belt – and EP – and is gearing up for the release of a single towards the end of the 2017.

Louise Adams performs at BAR36 at The Reef Hotel Casino on Thursday 14th September 2017 from 8pm for one night only with Ka Weyova. *** Live at the Casino shows in BAR36 are non-ticketed shows.