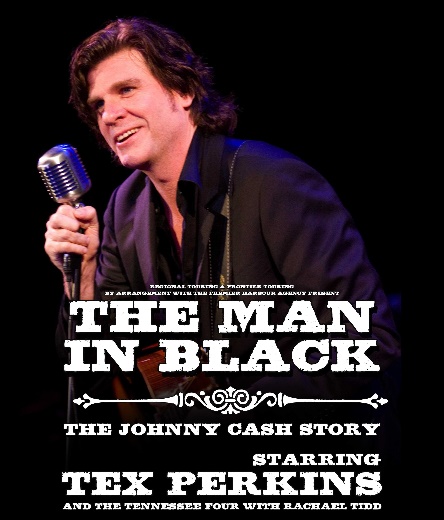 Tickets to the two special Melbourne shows of the reprisal of The Man In Black went on sale this morning and already additional shows are being added, by popular demand. Tex Perkins and Johnny Cash fans alike now have more opportunities to see The Man In Black during its limited Melbourne run with two more shows being added on Wednesday 1st and Thursday 2nd November 2017.

Tex Perkins reprises the show that won him acclaim for at Melbourne’s Athenaeum Theatre this November. When Tex first took the show out on the road – for a massive 18-month stint – it won him and the crew a Helpmann Award for Best Contemporary Australian Concert. It’s no surprise really, there are few artists within Australia who can translate the work of ‘The Man in Black’ and bring it to modern day. Tex’s reverence for Johnny Cash’s career is evident in the way he approaches every song. Melbourne audiences are certainly in for a treat.

“I am thrilled to be returning to the Athenaeum Theatre with The Man In Black,” says Tex. “This is where it all began and we have had so many great shows there! I can’t wait to take to the stage with Rachel Tidd and The Tennessee Four.”

Don’t miss Tex Perkins as he reprises The Man In Black. Tickets are only available through authorised ticket seller (Ticketek).