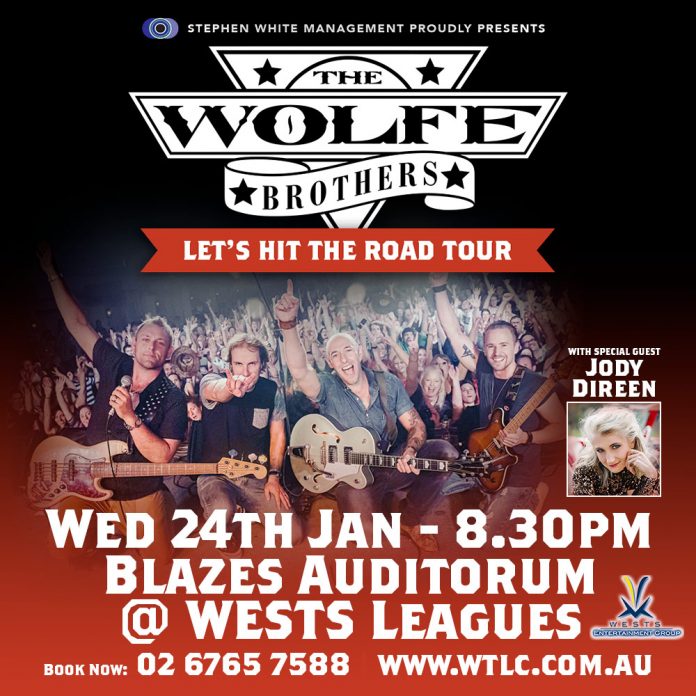 There is no question about it – The Wolfe Brothers 2018 Tamworth Country Music Festival show is going to be one hell of a party! Since launching their rockin’ Let’s Hit The Road Tour earlier in 2017, The Wolfe Brothers have been delighting audiences with all their hits, and a swag of new material, written during their Nashville trip mid-year. Now, the Tassie-favourites are bringing their Let’s Hit The Road show to the Tamworth Country Music Festival for one night only, before announcing more dates for 2018.

The Wolfe Brothers are one of the hardest working country rock bands on the Australian scene today. They haven’t stopped since they smashed onto the scene in 2012 – and they have no plans to start taking it easy. They’ve been out on the road consistently throughout 2017, either with mate Lee Kernaghan, celebrating his 25th Anniversary Tour, or with their own headline shows. The Wolfe Brothers have long been revered for their tight performances and affable approach, and their shows are always a huge party!

The band’s Tamworth Country Music Festival show is going to be something a little bit special. According to lead singer Nick Wolfe, they’ve got a surprise or two in store for fans. “With our new album getting closer and closer, those who attend our Tamworth show can expect an exclusive preview of the new material,” he says. “After all, what better place to road test new songs than in Australia’s country capital. We look forward every year to our Tamworth Festival show and we intend to give everyone who comes along a really good time! Jody Direen will be joining us too, it’s set to be a really great night!”

For bassist Tom Wolfe, getting back to Tamworth Country Music Festival is always a highlight for the band. “Our Tamworth show will be our biggest yet,” he says. “We will be debuting some new songs, and bringing a few special guests – I mean, anything can happen at Tamworth! Tamworth is a melting pot of the Australian country music community. We can not wait to be there with the heat, music and mates.”

The band’s trip to Nashville earlier in the year was a creative powerhouse. “The songwriting on this trip feels like we have stepped up another level,” says guitarist Brodie Rainbird. “We have spent so much time in Nashville over the last couple of years that it is our second home, and we feel very settled and relaxed there now. The past experience of writing the last album there has given us the confidence to approach these songwriting sessions with much more focus on what we want to achieve, in terms of a direction for the next album.”

The Wolfe Brothers most recent album This Crazy Life hit #2 on the ARIA country charts and has spawned three #1 singles, making it 10 singles in a row from the last three albums to hit the #1 spot on the country charts. Their latest smash – a duet with Lee Kernaghan on his single Damn Good Mates – has also spawned airplay around the country.

The Wolfe Brothers forthcoming, as-yet-untitled, fourth studio album is due for release mid-2018.

The Wolfe Brothers Let’s Hit The Road show at the 2018 Tamworth Country Music Festival will certainly be one to remember. The band will be joined by special guest Jody Direen. Tickets are on sale now. 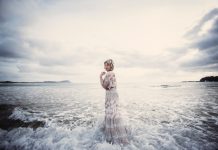 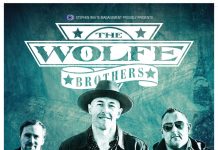