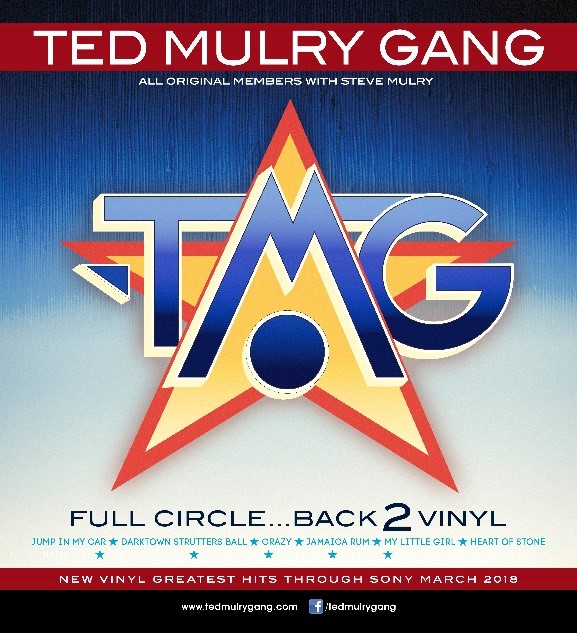 What started as an opportunity to ‘get the band back together’ and celebrate the music of the late great Ted Mulry has turned into an ongoing music love affair for audiences as the Ted Mulry Gang (TMG) head out on the road again in 2018. With Ted’s younger brother Steve at the helm, TMG will be launching a greatest hits Full Circle vinyl album this year and taking the music to places the band haven’t been since back in the day. For the band, which is still made up of all original members – Les Hall, Gary Dixon and Herm Kovac – and will feature a special guest in ex-Sherbet bassist Tony Mitchell for this run, it is about honouring the great songs and ensuring Ted’s legacy lives on.

TMG’s Full Circle – Back2Vinyl tour kicks off with three East Show shows, and will see more dates added throughout 2018. “This time we hope to get to Adelaide and Perth as well as country towns,” says original drummer Herm Kovac. “Just hanging with the guys has been fun, a laugh a minute. Also seeing fans that we remembered as teenyboppers coming to the shows with their kids in TMG t-shits is quite special.”

The band celebrated what would have been Ted’s 70th birthday with a huge ‘birthday bash’ last year, and a string of This One’s For Ted shows, with Mark Evans of AC/DC joining the band to take on bass duties. With Mark unavailable for the launch shows in 2018, it wasn’t a difficult decision to ask Tony Mitchell (Sherbet) to set in to fill his shoes. TMG and Sherbet have a long history – both made an indelible imprint on the Australian music history books.

“Tony, like Mark, is like family,” says Herm. “We spent so much time together touring, sharing the same bus. The Around Australia in 80 Days tour we did with Sherbet is still the largest national tour undertaken by any band in Australia. He is also a great musician and a lovely guy.”

TMG were a cornerstone of the 70s rock scene. Label mates with AC/DC on Alberts, TMG helped shape the guitar-driven sound of Aussie rock. Their 1975 smash hit Jump In My Car catapulted them to superstardom and they followed with a swag of crowd pleasers such as Darktown Strutters Ball, Crazy, My Little Girl, Heart of Stone, and (You’ve Got) The Devil In You to name a few. The respect the industry had for TMG was evident by the massive support shown by fellow musicians who put on a series of concerts to raise money to him after he was diagnosed with cancer in 2001. Steve stepped up to perform for Ted at a benefit in his honour Gimme Ted and received the thumbs up from his big brother, so it was only fitting that when TMG got back together that Steve performed for Ted.

The Full Circle vinyl release has been in the pipeline since the Greatest Hits CD release to coincide with the 40th anniversary of the anthemic Jump In My Car. “We have been signing a few vinyl imports from Europe and we suggested to Sony a special edition vinyl,” says Herm. “A-side will be the Alberts hits and B-side will be Mushroom hits. Our original fans first discovered the band, and grew up with the band, with those original vinyl albums. They have more photos and remind people of those great days of buying records. It was more fun than streaming!”

Herm says the band is looking forward to heading out on the road more. With the opportunity to take audiences on a musical trip down memory lane, and introduce a new generation to Ted’s music, it looks like we will be hearing a lot more of the Ted Mulry Gang in the future. “The classic Aussie pub rock is something we have always done, and we like to remind people of that era, as well as reminding people of Ted’s place in Australian music as a great songwriter,” he says. “The art of catchy melodic songs that still rock died when Powderfinger broke up, so it’s nice to remind people that it’s still cool to sing along as well as dance and rock out.”

Tickets for TMG’s Full Circle – Back2Vinyl tour are on sale now. The Full Circle vinyl LP is released through Sony Music on 9 March 2018. 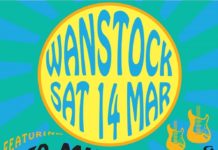