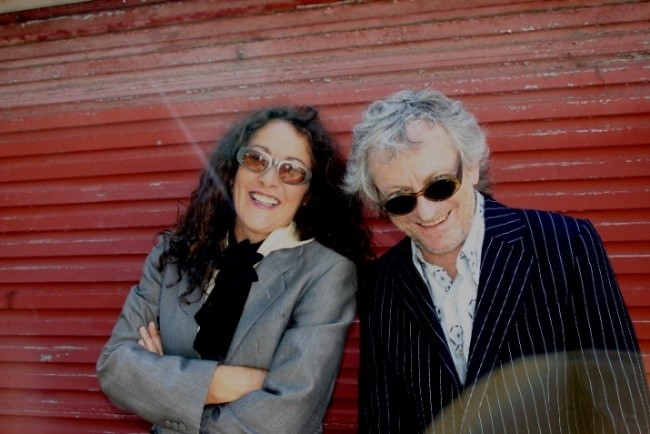 The ever-busy Eurogliders are back in 2018, announcing two special Melbourne shows this year. Paring it back for a live-and-intimate performance at The Spotted Mallard in Brunswick in April, the band will give audiences a chance to journey down memory lane with a plethora of hits. Ramping it up with the full band, the pop darlings will put on a party at Memo Music Hall in St Kilda in June    – making this an evening of jam-packed hits! The two special shows complement each other, giving music fans the opportunity to see the band in two fantastic venues, in two very different and memorable concert styles.

There is no doubt about it, an evening in the company of the Eurogliders is an unforgettable experience. Since reforming for a string of shows in 2014, the band who created formidable hits such as Heaven (Must Be There), We Will Be Together, City Of Soul and Can’t Wait To See You, to name a few, have been playing to packed houses around the country. They’re now a regular on some enviable festival line-ups and are attracting a whole new legion of fans. Most recently, they were inducted into the WA Music Hall of Fame for their contribution to the Australian music industry.

Loved for their catchy brand of pop, their shows are renowned for the band’s energetic stage presence, Grace Knight’s enigmatic performances, Bernie Lynch’s unparalleled musicality and their back-to-back repertoire of chart toppers. Never one to rest on their laurels, the band even headed into the studio a couple of years ago, returning with their first studio offering in decades, an album titled Don’t Eat The Daisies, featuring previously unreleased material and impressive reworkings of their biggest hits.

Formed by Bernie and Grace, Eurogliders not only toured to sell-out crowds in Australia, but also throughout NZ, Japan, the US and Canada. With Grace on vocals and Bernie on vocals and guitar, their live shows promised a powerhouse performance of anthems.  The band also won a swag of Countdown and MTV awards, and were asked to perform on the MTV New Year’s Eve show which saw them perform in-front of a televised audience of 65 million globally.

When Grace and Bernie discussed getting the band back together, it was an almost too easy decision. The music was crying out to be performed live again. “I jumped at the chance of getting back onstage with Bernie and singing our old hits, plus a few newies,” says Grace. “I like the challenge of jumping from one genre to another.”

Unsurprisingly, Bernie says it isn’t just about a trip down memory lane for the band – and the audience – rather a Eurogliders show is all about the past, present and future. “These are songs that remain in our psyche and forever will, whether you hear them on radio or while you are shopping at Woolworths, they are still as vibrant as they ever were,” he says. “People got married to our songs and now their children come to our shows, it’s as exciting as it ever was and we are so thankful for that.”

Tickets for Eurogliders two Melbourne show are on sale now.