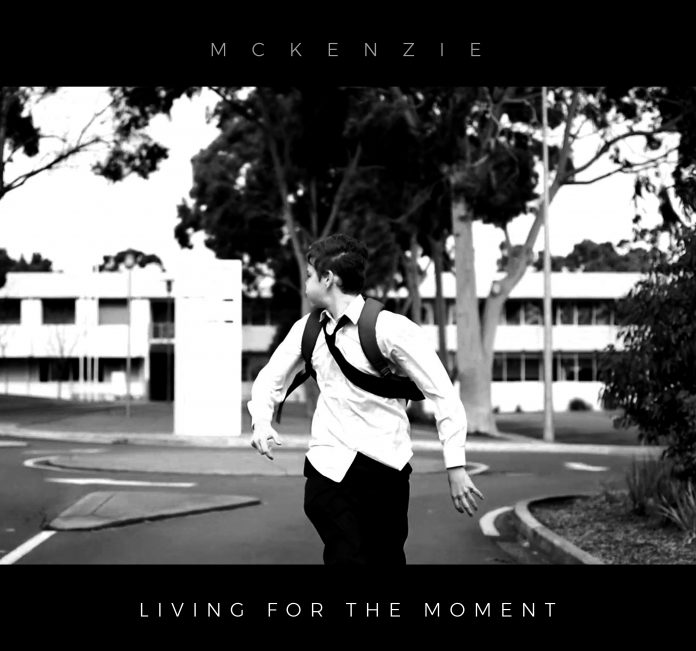 The debut single by Gold Coast newcomers McKenzie is all about seizing the day and making the most of every minute. Inspired by the words of the songwriter’s late mother, the aptly titled Living For The Moment embraces the positivity that is central to the band’s ethos. The video clip for the single, using the theme of achieving your dream by showing a young footballer making his mark on the world, ties in multiple inspiration for the four-piece.

McKenzie – featuring brothers Nick (drums/vocals) and Jordan Beech (rhythm guitar/vocals), alongside chums Jarrah Lange (lead guitar/vocals) and Aidan Schilling (bass) – formed the band in South Australia’s Riverland before relocating and making their base in the Gold Coast. They have been earning their stripes playing across Southern Queensland and making fans along the way. They now have a solid fanbase with their original material traversing the rock, pop and soul genres. Living For The Moment seemed the perfect song to make their official debut, a track which not only resonates with every member of the band, but also showcases the way they each live their lives.

The track itself was inspired by Nick and Jordan’s late mother, who passed away from cancer in 2016. Initially, the early version of the composition was penned to inspire sport players, taking the lead from their older brother’s footy experience, but it changed direction after their mother was diagnosed, turning it into the uplifting track it has become. “Although it was quick, in that year our mum showed us a lot about living for the moment,” says Nick. “An example being, when she was bed-ridden in hospital in a neck brace, and on oxygen, she was telling the doctors she wanted to do the City To Bay fun run, an annual race in Adelaide that has a 12km run or 6km walk. Obviously, the doctors said no, but there was no stopping her, so they made her a wheelchair with oxygen and I pushed her the 6km with other friends and family. There were so many things I saw during that time, it showed me everyone has dreams and everyone has a moment that they want to experience. So, the song became about life and about people.”

The clip for Living For The Moment has its origin firmly embedded in AFL. With an older brother who was part of the Adelaide Crows, the band wanted to project a youngster aspiring to become a professional player – utilising a sporting example to get the message across of never giving up. “I think the dreams we have as kids sometimes get pushed away when we get older because they seem untenable,” says Nick. “Our older brother Jono Beech was playing at the time we filmed the clip, and life very much follows the story of this song. Ever since I can remember, his dream has been football. I’ve never seen anyone work so hard to achieve their dream. He got that moment in 2017 when he played his debut game for the Crows in front of 46,000 people. In the fourth quarter, he kicked an amazing goal and the whole stadium erupted, knowing what it meant to him as we had only just lost our mum. He looked straight up to the stars throwing his fist in the air. That was his moment.”

The song was recorded in Adelaide at the House of SAP studio, along with the band’s producer friend Jack Newlyn’s home studio. There was a fair bit of tinkering in the studio to bring the sound to fruition that the band envisioned. “We stripped the first chorus right back to make the ending stand out,” says Nick. “We had never really worked with horns so that was a lot of fun in the studio, especially the saxophone solo. We brought in a session player for the solo and it probably took around 15 takes before we found the exact sound we wanted. As soon as he played that solo, we all just looked at each other and said ‘that’s it’. The very last instrument we recorded was the tambourine part in the chorus. Although it’s a small instrument that people often forget about, its surprising how much of a difference it made as soon as we put it in the song.”

Committed to living each moment to the fullest, McKenzie will head back into the studios again this year to record the tracks for their forthcoming debut EP. They are already planning an East Coast tour and continue to embrace every moment and live their life – musical and otherwise – to the full.

McKenzie release their debut single, Living For The Moment, at an official launch on Thursday 22nd March 2018. Check out the behind the scenes making of the song at https://www.youtube.com/watch?v=AiFUR_FVjVU For more information, please visit www.mckenzieband.com 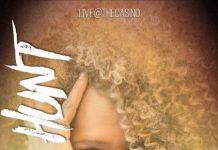 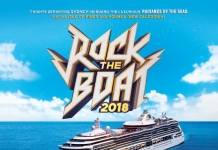