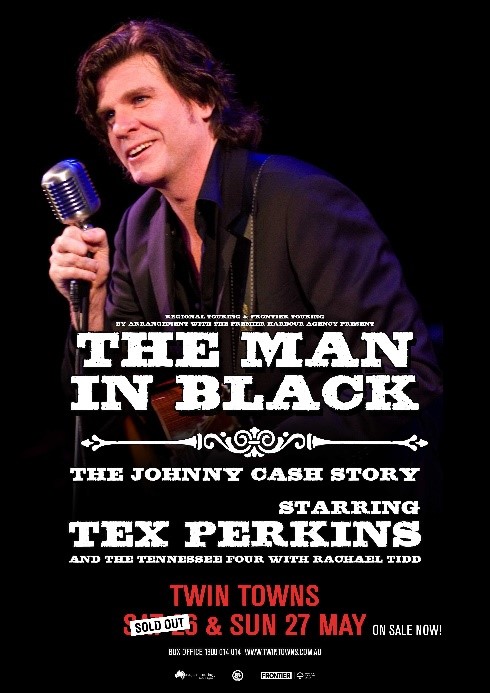 Tex Perkins highly anticipated The Man In Black show at Twin Towns in May has sold-out! By popular demand, a second and final show has been announced for Sunday 27th May.

A massive five show sell-out at Melbourne’s Athenaeum Theatre at the end of 2017 has seen Tex reprised his Helpmann Award-winning role for a run of dates throughout May and June. The last time The Man In Black was toured Australia, the band were on the road for 18-months. It’s no surprise the show is embraced so much by music-loving audiences – there are few artists within Australia who can translate the work of ‘The Man in Black’ and bring it to modern day like Tex Perkins. His reverence for Johnny Cash’s career is evident in the way he approaches every song.

Tex Perkins needs no introduction to Australian audiences, he is a legend within the music industry and revered as one of the country’s rock n’ roll outlaws. It’s said his affinity with Johnny Cash started in his earliest band and the enthusiasm he hasn’t relinquished. After fronting The Cruel Sea, Beasts of Bourbon and touring with Tex, Don and Charlie and The Dark Horses, Tex Perkins has had an incredible and varied career.

Don’t miss this special second show as Tex Perkins reprises The Man In Black. Tickets are on sale now.