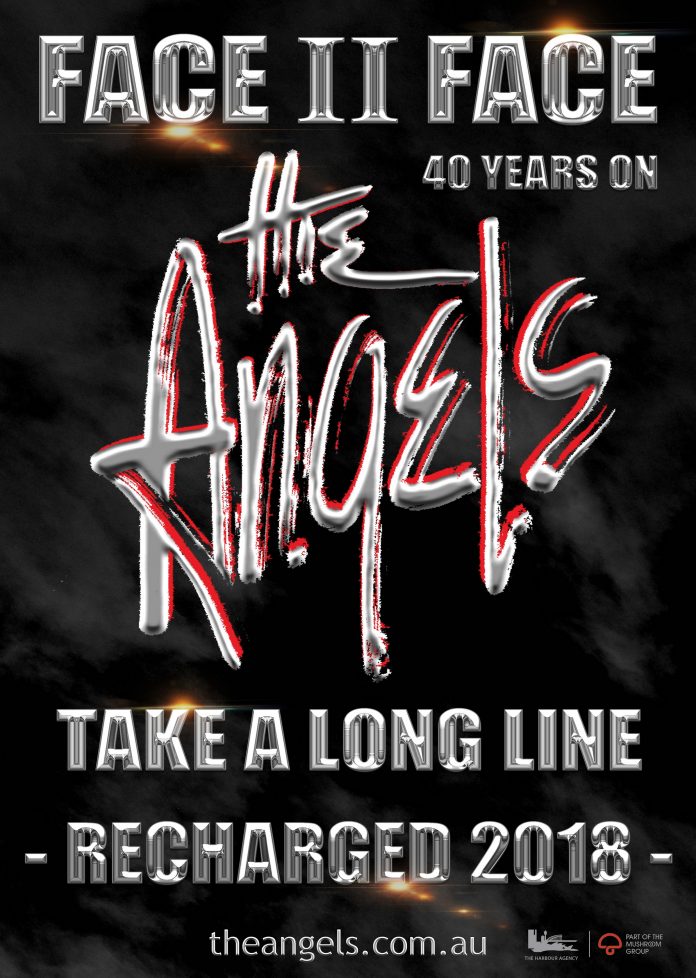 It has been a huge start to 2018 for The Angels. They kicked off the year with a series of sell-out shows on the coveted Red Hot Summer Tour, and are currently in the middle of a highly anticipated national tour to celebrate the 40th anniversary of their seminal album Face To Face. Now, by popular demand, The Angels are announcing the Face II Face tour – a second run of dates in the latter half of the year.

To mark these tours, they have completely re-recorded a 2018 version of the album, both studio and live, including an extended version of Take A Long Line. The album will be available only at the gigs as a limited edition double CD and is certain to become a collector’s item. One of The Angels most loved songs and their first hit single in 1978, Take A Long Line peaked in the national charts at #26, remaining there for 29 weeks, while the Face To Face album remained in the charts for a year-and-a-half. The Angels were not to know it at the time, but they had created the musical soundtrack of a generation.

“This new version of Take A Long Line is special,” says Rick Brewster. “With an extended instrumental section in the middle and a repeat solo at the end. We will, of course, be playing it on the tour.”

The Face II Face tour will feature the album in its entirety as well as other classic Angels hits. Rick says tracks like Straightjacket, Outcast, Love Takes Care and Live It Up, that don’t often make it into the live set, will be a highpoint for the band and the audience.

With the run of dates so far in 2018, audiences have been delighting in the chance to walk down memory lane and re- live the original spirit that was behind the Face To Face album. Rick says the feedback the band has been receiving at shows has been overwhelming. “The comment I keep hearing goes something like, ‘I could close my eyes and it was like being at home listening to my favourite album turned up to eleven’.”

Face To Face made an indelible imprint on music history when it was released in 1978, influencing many bands both here in Australia and worldwide. Now, 40 years later, The Angels continue to write the rock music history books as they take this pivotal record back out on the road, bringing the revered songs to a new generation.