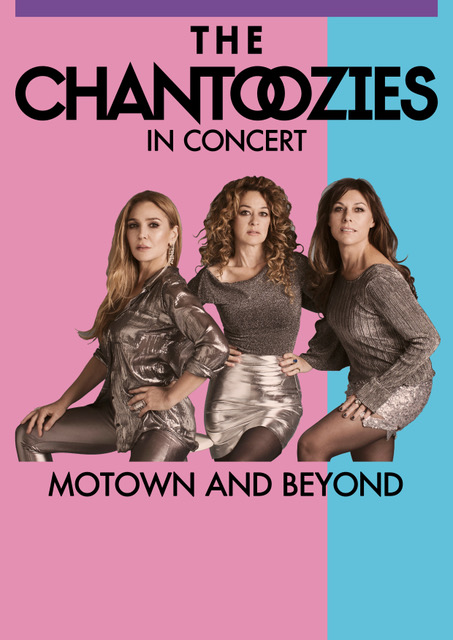 As one of the country’s most dynamic female pop groups, The Chantoozies are revered for their high energy live shows, bringing audiences to their feet from the outset and keeping them dancing right up until the end. Now, The Chantoozies are bringing a new show to Memo Music Hall this August, exploring the hits of Motown and Beyond and giving it that special Chantoozies’ treatment.

The show, which effortlessly blends retro cool with a contemporary edge, focuses on some of the greatest songs from the women of Motown – songs penned by women (for some of the great male performers and groups of the time), produced by women and sung by women. For the group, they wanted to embrace the era of women empowerment, something that is at the heart of what The Chantoozies do as performers themselves.

The Chantoozies Motown and Beyond show features tracks such as I Want To Take You Higher, Ain’t No Mountain High Enough, Mr Big Stuff, What Becomes Of The Broken Hearted, Love Child and Proud Mary to name a few. The show is jam-packed with hits and each song is treated with a special reverence by the group who are determined to ensure this music continues its great legacy.

The Chantoozies themselves have a great legacy. After smashing onto the scene in the mid-1980s, they became a household name thanks to a string of hits such as Witch Queen, He’s Gonna Step On You Again, Wanna Be Up, Kiss n Tell and Love The One You’re With to name a few. Even when they took a hiatus to focus independently on their own projects, Australia’s love of the group never waned, so when The Chantoozies reformed and released their new material Baby It’s You and Black and Blue it was like they had never left the stage.

With the three lead vocalists – Eve von Bibra, Ally Fowler and Tottie Goldsmith – at the helm, The Chantoozies are the epitome of girl power and couldn’t be better placed to be showcasing the music of the great women of Motown, and beyond. Audiences are certainly in for a treat as these magnificent female vocalists take music fans down memory lane – and a history lesson – on great music and make a party of it. Combining the greats of Motown with their own smashing back catalogue, this will certainly be a night to remember. There will be dancing, singing and it is guaranteed to be a party from the first song.

Don’t miss The Chantoozies as they explore Motown and Beyond. Tickets are on sale now.