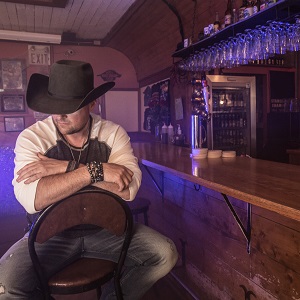 Canadian superstar Gord Bamford is heading back to Australia to perform at the legendary Deniliquin Ute Muster with Carrie Underwood on September 28th. He will then head out on the road with his mates The Wolfe Brothers on their Country Heart National Tour for two-weeks alongside New Zealand’s current Best Female Artist winner Jody Direen.

With the swag of Aussie dates in September and October, Gord has announced plans to bring The Wolfe Brothers to Canada on one of his future tours. “This will be my second time to do some shows with The Wolfe Brothers in Australia,” he says. “They have been very supportive of me here and I want to return the favour and take them on the road with me in Canada on my next album tour. They are a great band and I want to help them to break into the Canadian market.”

The Wolfe Brothers and Gord have a great relationship on and off the stage, and the Tasmanian band can’t wait to have him on their Australian tour – and join him overseas. “Gord is a legend in Canada,” says Tom Wolfe. “He has been Male Artist Of The Year three times and has won more Canadian Country Music Awards than Shania Twain. We are so excited about having a crack at the Canadian market under the guidance of Gord who is a massive star in Canada – and he is a good bloke as well.”

Gord released his latest album in Australia last March and the first single Livin’ On Summertime hit #1 on both the Australian Radio Chart and the CMC Video Chart. The follow up single from the album of the same name, Neon Smoke, is currently sitting top 5 in the charts.

“Being born in Australia it has been an amazing experience to come back and re-connect with my dad and also start making headway as an artist in this market,” says Gord. “I intend to come back regularly. I still have my Australian passport and I want my kids to spend time here in my country of birth. It is without a doubt my second home and I am so grateful for the way the fans have welcomed me and my music.”

Nick Wolfe says The Wolfe Brothers love working with Gord. “He is a great guy and his genuine interest in taking the band to Canada is very exciting for us,” he says. “We seem to have a lot of luck with being supported by country music stars who wear big black hats and are at the top of the country music tree in their country. After six-years we are still working and touring with Lee Kernaghan and that has had a huge impact on our careers. We are hoping this association with Gord can help us un Canada.”

Gord will be touring with his Canadian band on The Wolfe Brothers’ Country Heart Australian Tour which is billed as three Acts – three Nations – one massive night of country music, and audiences are certainly in for a treat. An evening in the company of Gord, The Wolfe Brothers and Jody Direen will be a huge celebration of what is great about country music right now.

“When I toured with the boys last year on the This Crazy Life Tour I was very impressed with Jody Direen,” says Gord. “She certainly has a great energy to go along with her powerful vocals. Her songs were strong and I was really impressed so I am looking forward to catch up with her on this tour.”

Tickets for Gord Bamford’s Australian shows are on sale now.

Gord will also be attending the Tamworth Country Music Festival in 2019.