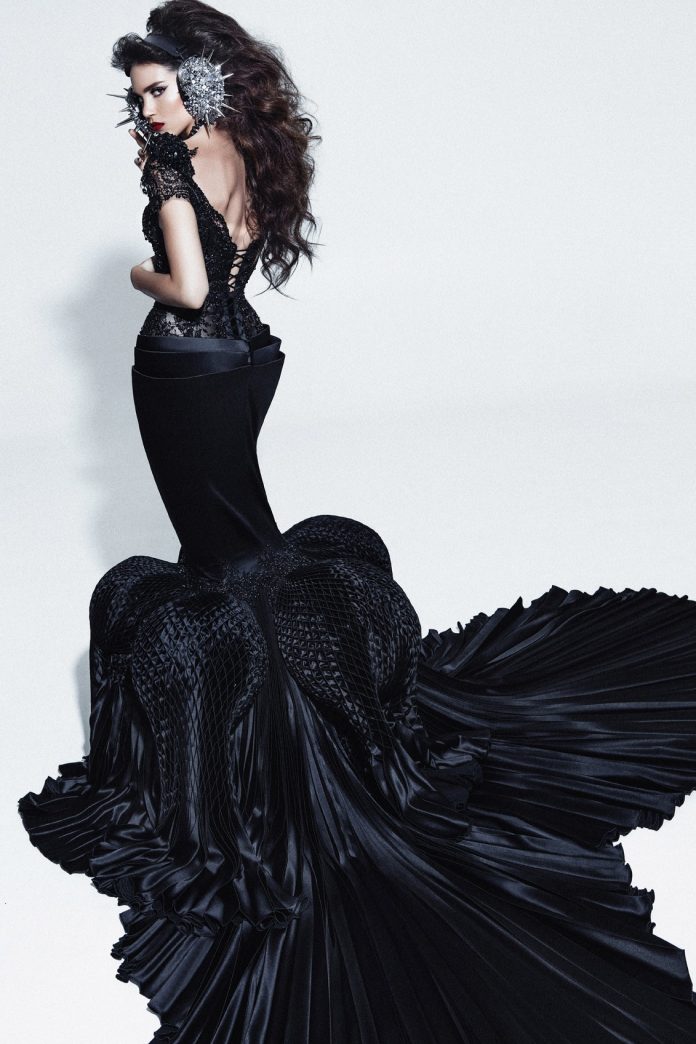 Melbourne designer Natalie Hutton has taken home her first international accolade this weekend at the World Of Wearable Art awards in New Zealand. One of only eight Australian finalists in this year’s finals hosted at a gala event on Friday night, Natalie’s Claudia Savage was up against 148 finalists from 17 countries. Her debut piece, Echoplex – Goddess of Reverb, took out the coveted Avant-Garde section in the 30th annual awards.

For Natalie, the news that she has won one of the biggest design awards in the world is surreal to say the least. “An outer body experience is the best way to describe it,” she says. “It’s going to take some time to sink in. I’ve been an exceptionally hard critic on myself for my whole life, that having such a long standing and internationally renowned creative institution recognise you in such a way has really knocked me into an unfamiliar headspace. I’m not used to feeling ‘good enough’ and now my brain is having to re-evaluate that narrative right now!”

Part of what inspired Natalie to submit her feature piece – Echoplex – Goddess of Reverb – into the Avant-Garde section was that she resonated with the competition brief: ‘dare to defy the boundaries of fashion and create a work that is unique and innovative, rejecting the ordinary and nurturing originality’. “It is literally what I do,” says Natalie. “I’ve never been able to keep myself from going over the top when given a brief, however, in this case, I was already over the top and the perfect brief came to me. The mystical grey area that is my creative life of too arty for fashion and too fashion for art found itself the perfect home.”

Natalie’s gown took eight years to bring to fruition. The garment itself weighs about 15kg and features 50-metres of hand-stitched honey-combed silk panels. Each individual panel took eight hours to complete by hand and the gown has 40 panels. This balances on a waist cinching corseted bodice that aims to give a four-inch waist reduction. All up, the gown took Natalie about 500 hours of sewing and is part of a seven-piece collection, Synaesthetics, inspired by the term synesthetic, a perceptual phenomenal and the way in which this talented designer derives her inspiration. 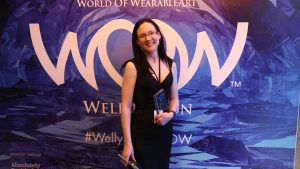 In addition to her Avant-Garde section award win, Natalie has received some incredible feedback from her World of Wearable Art experience. “It’s been overwhelming in an awesome way,” she says. “I attended the pre-show and was blown away by the stage craft and the variety of the performances. I found myself teary when my gown was walked on stage, I don’t remember doing so, but apparently, I squealed. It was so amazing to see it move around the stage under the lights and in a setting that it melded so well. I couldn’t believe the reception it received, I was just so damn happy. I also attended the Designer’s Day where we spent the day meeting fellow designers – it was so surprising to have fellow designers and the competition organisers come up to me to ask about, and compliment, my design.”

Winning the Avant-Garde section award has confirmed to Natalie that she is on the right track and she is already planning her next project, a small limited-edition range of statement pieces. “I have been creatively and professionally bolstered by this experience,” she says. “It’s comforting to know that there is an outlet for the more extravagant side of my work to be shown, but also that being multidisciplinary is not something to hide. It doesn’t make one of the things I do the ‘real job’ or the ‘hobby’, they all have equal weight and I intend to enforce that by doing exactly what I want to do regardless of people’s opinions. Technically I’ve always done that, but the WOW environment has cemented that mentality even more!”

And of course, she is already thinking of future pieces for the next World Of Wearable Art awards in 2019. This is just the start for Natalie Hutton and her Claudia Savage label, there is so much more to come. Big things are on the horizon for this talented designer. For more information on Natalie’s label Claudia Savage, please visit www.claudiasavage.com