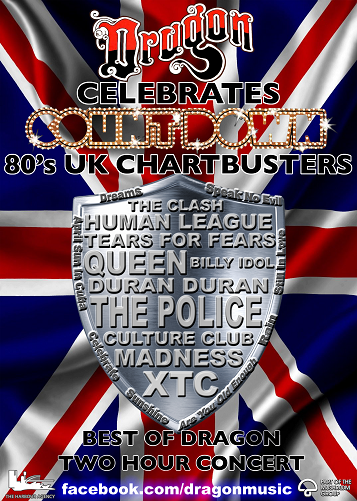 After two massive tours traversing Australia to celebrate the revered music institution that is Countdown, Dragon are taking the concept back out on the road again by popular demand for a third series, this time celebrating 80s UK Chartbusters! What started as The Countdown Years, paying homage to the television show in 2016, grew into the ‘Aussie edition’ in 2017, and saw Dragon play more than 50 Countdown-inspired shows over the past two years.

The 80s UK Chartbusters takes some of Dragon’s favourite songs – by the bands they respect the most – for a massive party jam-packed of hits! For bassist Todd Hunter, it has been an exciting undertaking pulling the tour setlist together. “We just love those songs and those bands,” he says. “It is great to turn the Countdown spotlight on a specific time and country of origin. Having a perimeter like ‘only songs from the UK in the 80s’ gives the band a filter which to distil the essence of the songs from that era. The UK music scene was very vibrant in the 80s and there was a changing of the guard from bands and artists that were around in the 70s, to people who emerged in the UK in the 80s. We have tried to keep that in mind with our song choices.”

Classic hits from bands like Queen, Tears for Fears, The Police, Madness and Duran Duran are just some of those that have made it onto the setlist for the tour. Picking the tracks was a tough process, but something that the entire band was part of. “We each had a list of songs for consideration,” says Todd. “If anyone disliked a song, we disregarded it. The second test was, ‘can we find the heart of the song, and bring something to it of our own, so as not to be a cover’? And apart from every other consideration, is the song fun to play and are people going to sing their hearts out?”

The 80s themselves was a fun era for music, and something that has made an indelible imprint on each member of the band one way or another. For drummer Pete Drummond, this series of the Countdown tours was the most exciting because of his love of 80s music. “It’s my home base as far as pop music is concerned,” he says. “There were so many great songs from UK bands during that time. Countdown had a huge impact on me growing up, I was able to see all my favourite artists play – or mime – or be interviewed. It was one of my favourite shows, so I guess if I am anything to go by, it holds that same place in so many people’s hearts in Australia. My favourite memory of 80s Countdown was seeing the video clip for Rain, I think it was November 1983. It was one of my favourite songs, by one of my favourite bands… and now I’m in it!”

For singer Mark Williams, it was the changing way of music in the 80s that made it so exciting. “I’m a big fan of the UK 80s sound,” he says. “Digital was young, new and ear-splitting then and we were all experimenting with sequencers and programming. The 80s gave us a new-found freedom. It is funny how one is guided by the way that music is heading at the time, however, when you’re involved so much in it, you’re not thinking about that, only thinking of the music itself. Being part of creating the sound of that era, it was an exciting time.”

Back in Australia, Dragon were also appearing on Countdown in the 80s – and Todd has fond memories of that time in the band’s history. “My favourite memory from Countdown in the 80s was the way that they welcomed us back onto the show after we reformed in 1982,” he says. “They gave us another chance by letting us play songs that sometimes weren’t even singles until Rain came along and things went nuts again.”

Of course, in any Dragon show, no set-list would be complete without the band’s own chart-toppers, and the 80s UK Chartbusters tour will also feature the best of Dragon. Audiences can expect smash hits such as April Sun in Cuba, Rain, Young Years, Still in Love, Dreams of Ordinary Men and Are You Old Enough to name a few. 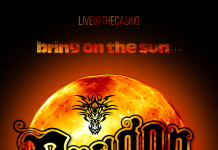 The Reef Hotel Casino presents Dragon – Bring On The Sun! 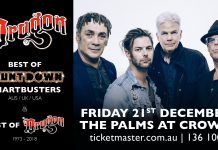 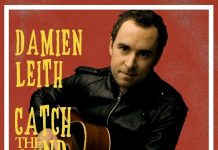