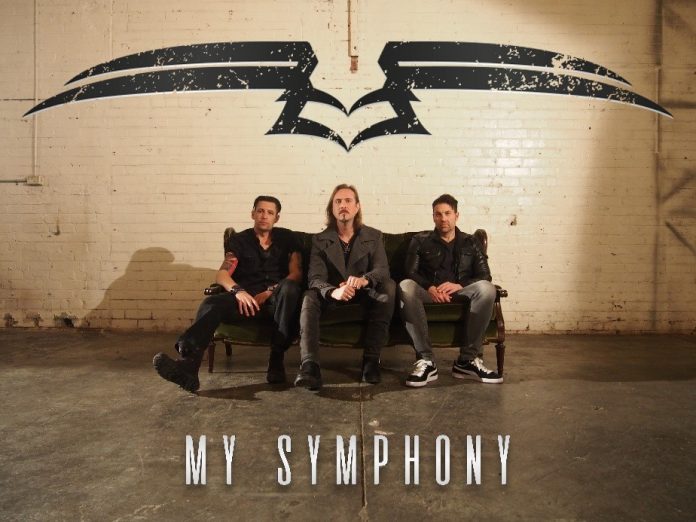 Melbourne rockers Warbirds are gearing up for a massive summer, kicking it off with the release off their soaring rock ballad My Symphony, the second from their sophomore EP Control. Recorded at Coloursound Studios, and mixed and co-produced with Mat Robins, the powerful track is the perfect song to see that band into what will be a busy touring season. They’ll be kicking it off with a co-headline full-on rock show in the heart of Melbourne this December, officially launching the video clip to My Symphony and showcasing their five-track Control EP and some previously unreleased material. It is an exciting time for the hard rockers and their burgeoning fan base.

Melbourne-based Warbirds have been playing around the traps of the East Coast for the past few years. The trio, inspired predominantly by the heady rock of the 70s, 80s and 90s. With a touch of the progressive in their playing styles, they blend hard-rock with heavy groove-based riffs and melodic rock melodies. Described as having enough ‘precision, balls and musicianship to mix it up with four and five-piece outfits’ they rock loud and they rock hard.

A personal favourite of the band, My Symphony is also a track that has been resonating with audiences during the Warbirds live shows. “It really ticks all the boxes as a hard rock ballad,” says lead singer Anth Nekich. “We knew we had a great song when we were tracking the EP, we’re really proud of My Symphony. I had brought the basic idea [for the track] into the studio while Lee [Leroy Strapp: drums] and I were still looking for our new bassist. We would jam on it and let it evolve naturally. There were a number of different versions before I locked in the lyrics. We finalised the song structure when Jared [Piatkowski: bass] joined the band.”

For a hard-rock three-piece, Warbirds really pack a punch, both live and in the studio. It is all about building the songs up and rockin’ out hard. The concept was the same when getting the momentum for My Symphony in the studio, including the rippin’ guitar solo. Anth picked the instruments for the track that he felt would give the right feel and sound. “I kept the solo melodic, almost treating it like another chorus,” he says. “I use multiple guitars to achieve certain tones and sounds that a song needs, along with a combination of amps, always chasing that tone. Primarily I’m using the gear I would use live.”

The clip for My Symphony is very much inline with what the band wanted for the song, it is stripped back and all about the music. They worked with Daniel Nolan from Clear Reel Video Production, who created the video clip for their previous single, and went in with the brief that they wanted the clip to make a big impact. “I had him give me his thoughts on how the clip should look, and we combined our ideas,” says Anth. “I found a venue in Footscray, Victoria, called The Line, which was pretty much exactly what we wanted – a large rustic space. Dani had the idea to have an interpretive dancer physically bring out the emotion of the song, in a way representing the singer’s subconscious. We love the end product.”

Launching the clip at their December show, the Warbirds head into a busy 2019. With plans for a formal release of the self-titled track Control early on in the year, they will then head into the studio to lay down the tracks for their debut long-player. Rock music fans can expect the Warbirds debut full length offering out mid-2019.