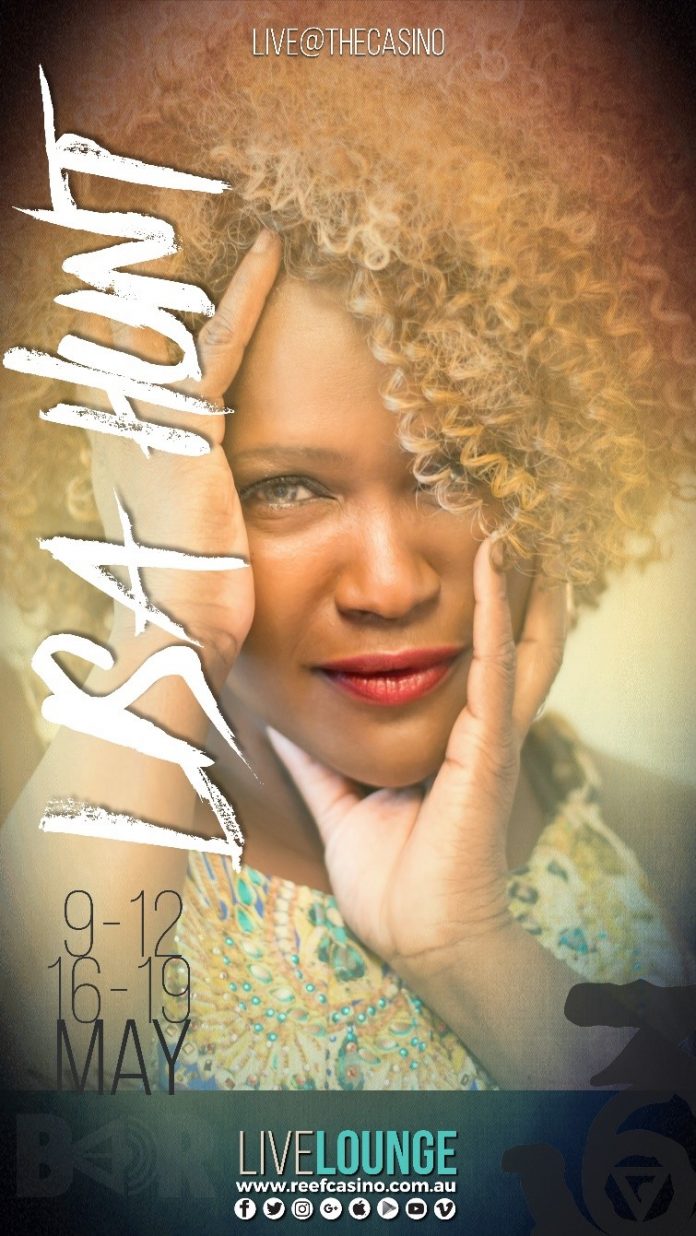 Soul diva Lisa Hunt is heading to the North once again for her annual pilgrimage and her return to The Reef Hotel Casino marks her biggest set of shows yet with a massive two-week residency.  It’s hard to believe that the Byron Bay-based songstress has been packing the house at the Casino for more than a decade. What started as a couple of shows has grown by popular demand and now sees audiences spilling out into the foyer, such is the popularity of her live shows.

With a repetoire that includes hits from the likes of Aretha Franklin, The Jacksons, Tina Turner, Stevie Wonder, as well as a swag of Motwon greats, its not suprising that her shows are always full houses. Lisa’s vibrancy as an artist has seen her trek the globe and perform at some of the most coveted venues and festivals in Australia. Starting the early days of her career in the great African American gospel church tradition in New York, she has gone on to share the stage with some of the world’s greats.

She has an enviable list of admirers, from Eric Clapton, Dionne Warwick, Brian May, Randy Crawford, to Andrea Bocelli – all have been impressed with Lisa’s versatility and immense vocal ability. She’s also performed and toured with the likes of Ronan Keating, Macy Gray, Mousse T, the late Dolores O’Riordan (The Cranberries) and Tina Arena.

Internationally, Lisa has songs on numerous compilation albums. Her vocals can also be heard on several top 10 dance tracks around Europe including being ‘the voice’ of Lovestation (UK), Club X (Germany) and D1 (USA). Her debut release, A Little Piece of Magic, was released through record giant Universal/Polydor. She was also on the chart topping Lovestation’s Soulstation CD. Embracing both sides of the spectrum, Lisa also independently released Can You Feel It on an indie label. She has also been credited for her work with American soundtrack compositions for shows such as HBO’s Subway Stories and Goodnight Moon, to name a few. She’s also appeared as an actress on several off-Broadway musicals such as Dreamgirls and Ballad for Bimshire. In Australia, she’s also put together her own production of The Roots Of My Soul.

Lisa Hunt is the Queen of soul, disco, Motown and gospel and her two-week residency will be one not to miss.

Lisa Hunt performs at BAR36 at The Reef Hotel Casino from 9-12 and 16-19 May 2019. Her Thursday shows kick off from 8.30pm. Live music starts on Friday and Saturday nights from 9pm. Lisa will feature the music of the late great Aretha Franklin for an ‘almost religious experience’ for the Soul Sundays from 6.30pm.