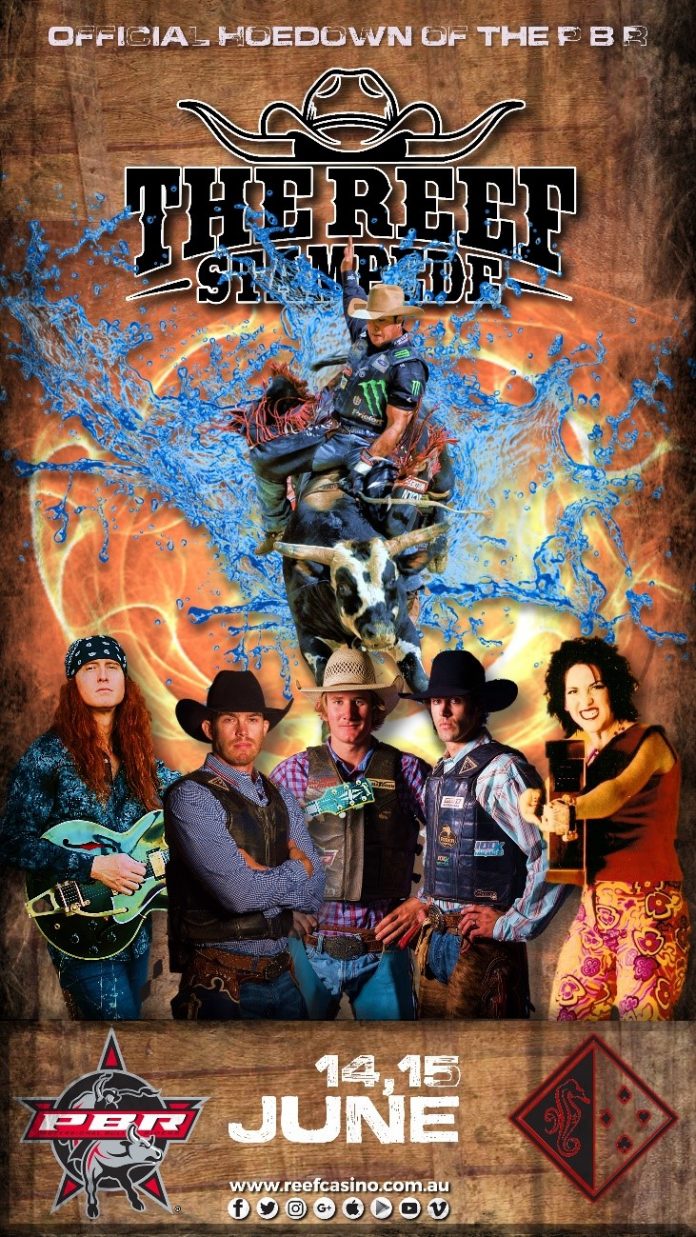 The annual celebrations for Professional Bull Riders at The Reef Hotel Casino have become somewhat legendary. The Official Hoedown of the PBR features exclusive meet and greet opportunities with the bull riders themselves, as well as a swag of live entertainment featuring some of the best in the industry. Locked and loaded, the 2019 PBR celebration promises to keep the party going and be tonnes of bucking fun, with headliner 8 Ball Aitken and locals Carinda Christie, the Big Noize Cowboyz and the Rocking Horse Rockmans.

The party starts on the Thursday night with the PBR Round-Up, a warm-up evening of entertainment with 8 Ball Aitken gearing audiences up for the massive weekend ahead. Friday’s PBR Welcome Night not only features the VIP function and official meet and greet with the Cowboys of the PBR, but live music until late with 8 Ball Aitken, Carinda Christie and the Big Noize Cowboyz. Saturday’s PBR After Party is a huge night of music running until the early hours of Sunday morning with Carinda Christie, 8 Ball Aitken and the Rocking Horse Rockmans.

8 Ball Aitken hardly needs an introduction to Far North Queensland audiences. He harks from the North and has a huge fan base in the tropics. There is something infectious about his party swampy-blues and its no surprise that it has garnered him fans worldwide. Now based in Nashville, with a new album under his belt – the aptly titled Swamp Blues – 8 Ball Aitken will be showcasing his effervescent style to PBR audiences. His new album debuted at #2 on the Australian Blues Music Charts, and his single – High Water – reached #1 on the AMRAP AIRIT Charts.

A multi-award winner, 8 Ball Aitken has taken home the coveted Q-Song awards, among others. He has been nominated for Golden Guitars and was a finalist in the Toyota Star Maker. He released his debut album Behind the 8 Ball in 2004 and hasn’t stopped writing, recording or performing since. He has a huge fan base in not only Australia, but Canada, Japan and throughout Europe. The slide-guitarist and songwriter has been touring the world for more than 10 years, often playing more than 200 shows a year, converting audiences with his high energy performances.

Carinda Christie is another beloved Queenslander with a formidable reputation. She was a familiar face on the local circuit, fronting bands in Cairns until 2000 when she stepped into the spotlight in her own right and pursued her solo country blues career. She has performed at festivals such as Woodford and as part of the Goodwill Games, to name a few, and has earned a stellar reputation for her acoustic country rock prowess. With five albums under her belt and countless live shows, Carinda Christie effortlessly combines stompbox, Dobro slide guitar and acoustic to create an unforgettable performance.

The Big Noize Cowboyz are no strangers to performing at The Reef Hotel Casino’s PBR celebrations featured Friday and the Rocking Horse Rockmans on Saturday will both rock the 36 stage with country ‘party rock’ anthems well into the wee hours of the morning.

The Official Hoedown of the PBR runs from Thursday 13th June until Saturday 15th June 2019. Thursday 13th June is the official PBR Round-up with entertainment kicking off from 8pm. On Friday 14th June, The Reef Hotel Casino celebrates the PBR Welcome Night, with entertainment kicking off from 7pm and going until 1.30am. Saturday 15th June is the PBR After Party, with live music starting from 9pm and running until 1.30am. 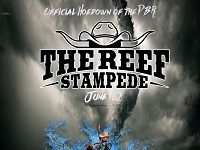 The Reef Stampede Returns for two jam-packed nights of country fun for the official hoedown of The PBR headlined by Hurricane Fall and Casey...