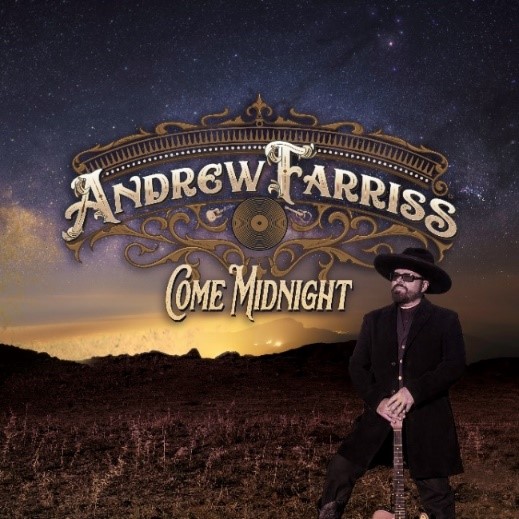 Australian songwriter Andrew Farriss’ country music single Come Midnight may be his debut solo offering, but it has been years in the making. An industry stalwart with more than three decades of accolades under his belt, Andrew is most well-known for the plethora of hits he penned for his band INXS, but it is with the rhythm influenced track Come Midnight that returns to his early roots, keeping firm to his ethos of it always being about the music.

As the main songwriter and a founding member for international icons INXS, Andrew Farriss is considered one of the world’s best musicians. With them he shared success of more than 50 million records, Grammy nominations and an induction into the ARIA Hall Of Fame. Outside of INXS, he is revered in industry circles for his songwriting nuance, having written, produced and performed music for acts such as Yothu Yindi, Tom Jones, Tania Kernaghan and Jenny Morris to name a few. It didn’t matter what the genre, it was always about the music. This attitude saw him inducted into the Australian Songwriter’s Hall Of Fame.

Since the age of 9 when he first learned to play piano, and later taught himself to play guitar, Andrew has never stopped writing his own material, both lyrically and musically, working in all facets of the industry. He has been an integral force of many artist’s careers throughout the years and is continually sought out for his approach to songwriting, in all different genres. His early musical influences include blues, funk, country, bluegrass, jazz – particularly Ray Charles – hip hop, and classical music, and, The Beatles – who were the first band Andrew ever saw live in London at the age of 5. He is considered a pioneer with combining analog synthesizers and sequencing early digital samplers with rock and funk music, integrated with his songwriting and programming rhythm grooves. In recent years, he has been co-writing with some of the biggest names in Nashville, including the likes of Grammy-award winning songwriters Gordon Kennedy and Paul Overstreet, as well as veritable country music songsmiths Frank J Myers and James Dean Hicks, Bruce Wallace, Phil Barton and Kylie Sackley to name just a few.

A creative individual, Andrew is always writing new songs and has an extensive catalogue of material that back dates to his early days as a songwriter. In fact, his single, Come Midnight, started its origins back in the days following the release of the INXS Kick album, and has been sitting in the wings waiting for Andrew to revisit it when the time was right. “It is a song that has really grown on me,” says Andrew. “So in recent recordings– call it destiny, or fate – I thought I owed it to myself to rework Come Midnight and bring it into 2019, so when people hear it, they can hear where my head was at back then… and where it is at now. It has been a personal journey.”

Come Midnight is the first solo release ahead of a full-length album. Recorded between his home-studio and Nashville, it embodies the old-school country vibe that Andrew envisioned. He wanted to capture the days of Slim Dusty and Johnny Cash, and follow that flavor and style. “I played some guitar riffs in Australia and then tracked other parts in the US,” he says. “I’ve been really lucky to have an amazing group of musicians to work with,” he says. “The people coming on board and rallying around what I am doing have been great. Hopefully it will be something that people will really like.”

The country-rock-folk feel is fitting for a musician who has actually spent the past two and half decades living on the land, on a functioning cattle and grain farm in North-West New South Wales. The genre also suits the storytelling style that Andrew is embracing. Many of these tracks draw on the songwriter’s own life experiences, some are from the archives and have been revisited, while others have been written recently specifically for this release.

Come Midnight itself is an ode to Andrew’s wife Marlina and the love they share, his admiration for her. It is a nod to the inspiration she is in his life and the support she has been for him. Marlina was diagnosed with breast cancer in 2014 a year after the two got married and battled through the stage four diagnosis. The track highlights how midnight is the time when you reflect on the people who are the most important to you.

Andrew recently showcased his new solo material at the iconic Bluebird Café in Nashville, and will be doing a handful of Australian solo shows around the single release, including a coveted spot at Gympie Muster. Come Midnight is the first track from a forthcoming full-length slated for release in January 2020. 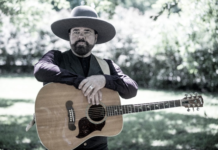 Songwriter Andrew Farriss appointed a Member (AM) in the General Division of the Order of Australia for his significant service to the performing arts... 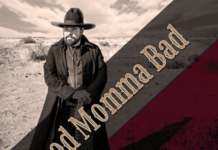