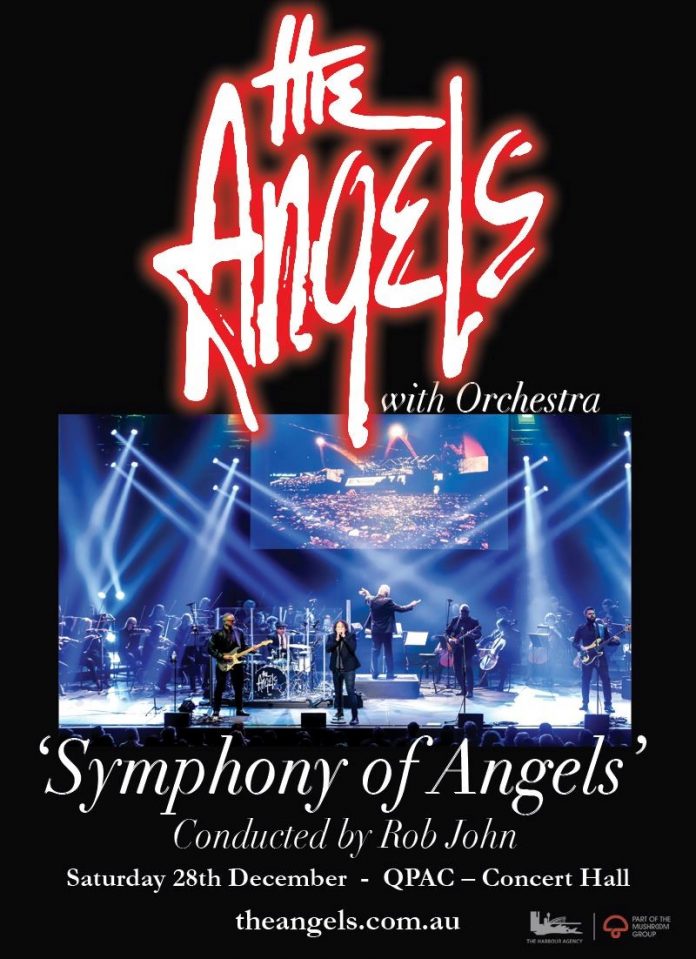 After two massive performances at the Sydney Opera House and Hamer Hall in Melbourne in April, The Angels have announced a special one-off event of their highly acclaimed show Symphony Of Angels in Brisbane this December. Under the musical direction of conductor and composer Rob John, the legendary band – featuring brothers Rick and John Brewster, Nick Norton, Sam Brewster and charismatic frontman Dave Gleeson – are set to rock again in this symphonic spectacular.

For John, the dream started back in the early days of the band. “I remember when the band recorded Rick’s song Mr Damage way back in 1979, Rick and I were playing violin and brass parts on playback, and saying ‘wouldn’t this be great with an orchestra’,” he recalls. “Sadly, we never knew our grandfather Hooper, who died just four months before I was born, but we were aware of his musical legacy. Our dad would bring visiting musicians over and sometimes they would play in our house, beautiful sounds bouncing off the walls. We never thought one day we would marry our music with classical players, we could only dream.”

The Symphony Of Angels is all about the music, and the melodies do sing. The first Symphony Of Angels show the band did with the Adelaide Symphony Orchestra received rave reviews and is a career highlight for everyone in the band. The opportunity to take the Symphony Of Angels further afield was one they didn’t want to miss. “After the first show, there was a euphoric feeling of accomplishment,” says Rick. “Even the orchestra and the choir got caught up in the excitement of stepping outside the square. From the audience, there was an overwhelming elation as they witnessed two musical worlds collide.”

Tickets to the Symphony Of Angels show in Brisbane on December 28 are on sale now.

For more information on Symphony Of Angels, please visit www.theangels.com.au