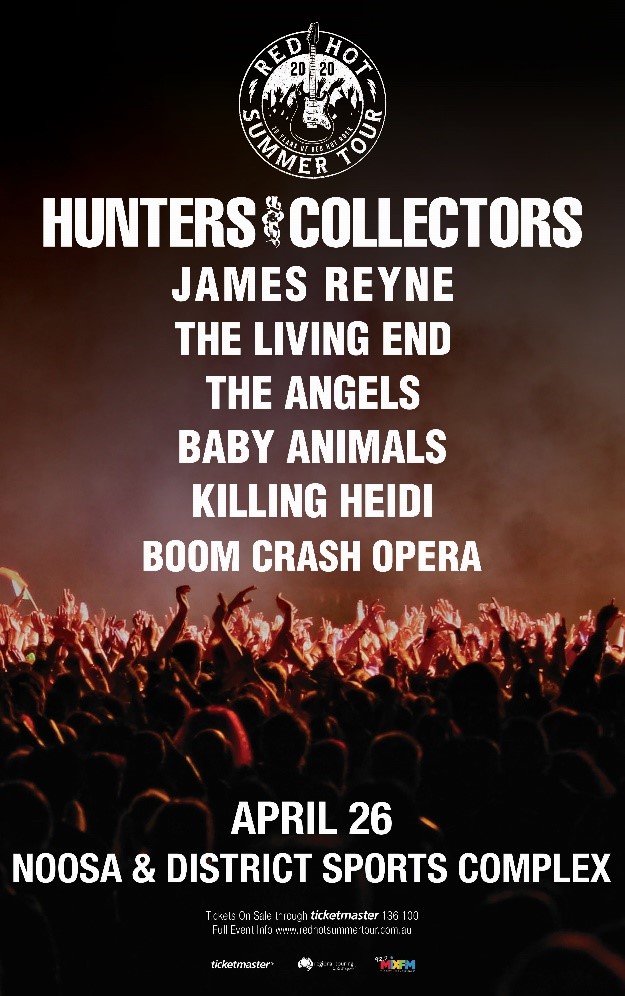 The RED HOT SUMMER TOUR celebrates 10 years of Red Hot Rock in 2020 and shows have been selling out like hot cakes! In true style, organisers have put together an incredible all Australian line-up featuring ARIA Hall of Fame inductees Hunters & Collectors who are reuniting to headline the 2020 tour, with special guests James Reyne, The Living End, The Angels, Baby Animals, Killing Heidi and Boom Crash Opera. Following sell-out shows around the country, organisers are excited to announce a final show on April 26 in Noosa for Sunshine Coast music fans.

Promoter Duane McDonald launched the RED HOT SUMMER TOUR in 2011 with a line-up of three artists on the bill and six shows throughout Victoria, New South Wales and South Australia. Fast forward a decade, and the RED HOT SUMMER TOUR is one of the hottest tickets on the summer music calendar. “The past 10 years have gone so fast and we have been so proud to see the RED HOT SUMMER TOUR continue to grow each year,” says Duane. “The support we have received from audiences has been phenomenal. To everyone who has attended a RED HOT SUMMER TOUR show over the last decade – thank you. You are the reason we do what we do, and will continue to bring you the best quality music experience, every year. We can’t wait to celebrate the 10th anniversary of Red Hot Rock with music fans around the country.”

The RED HOT SUMMER TOUR is always a sell-out series and the 10 Years of Red Hot Rock in 2020 will create Australian music history. Don’t miss this special Noosa show, it is guaranteed to sell out fast! 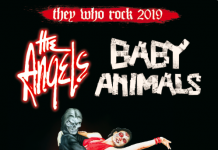