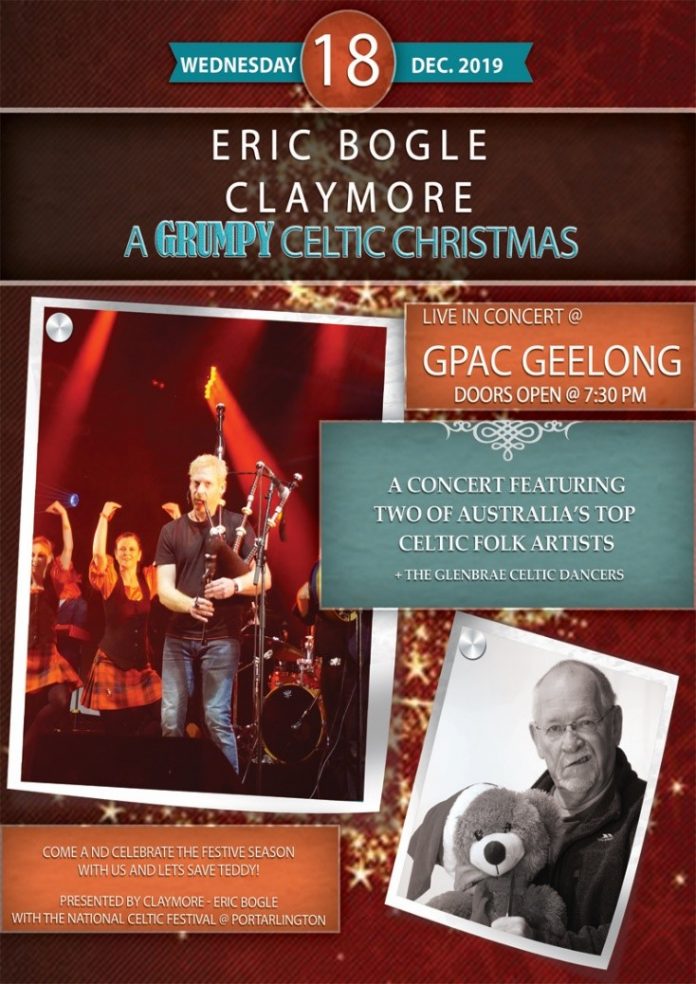 Due to popular demand, Celtic rockers Claymore are taking their annual festive party further afield in 2019, adding in a show on the Bellarine Peninula on December 18. In 2019, the band is giving their celebration a ‘bah humbug’ twist, joining forces with Eric Bogle for A Grumpy Celtic Christmas. Don’t be put off by the name, the evening promises to be full-on Celtic Christmas fun – jam-packed with music and dance to celebrate the silly season. Claymore having been bringing together their mates for this annual shindig for a couple of years and it is always a riotious affair. The saying goes that the Celts know how to celebrate, well anything, and it doesn’t get a much bigger family event than Christmas. What started as a planned small get-together in Melbourne has morphed into a highlight on the Celtic music calendar and a Christmas party for one and all.

Claymore lead singer William Hutton says the band is looking forward to getting their ‘bah humbug’ on in Geelong this year. “We’re ‘grumpy’ this year because Eric Bogle is a notorious humbug at Christmas,” says William. “However, it will be anything but grumpy – we are going to have a lot of fun. We will also do a few Christmas songs as well.”

Tickets for A Grumpy Celtic Christmas in Geelong are on sale now.