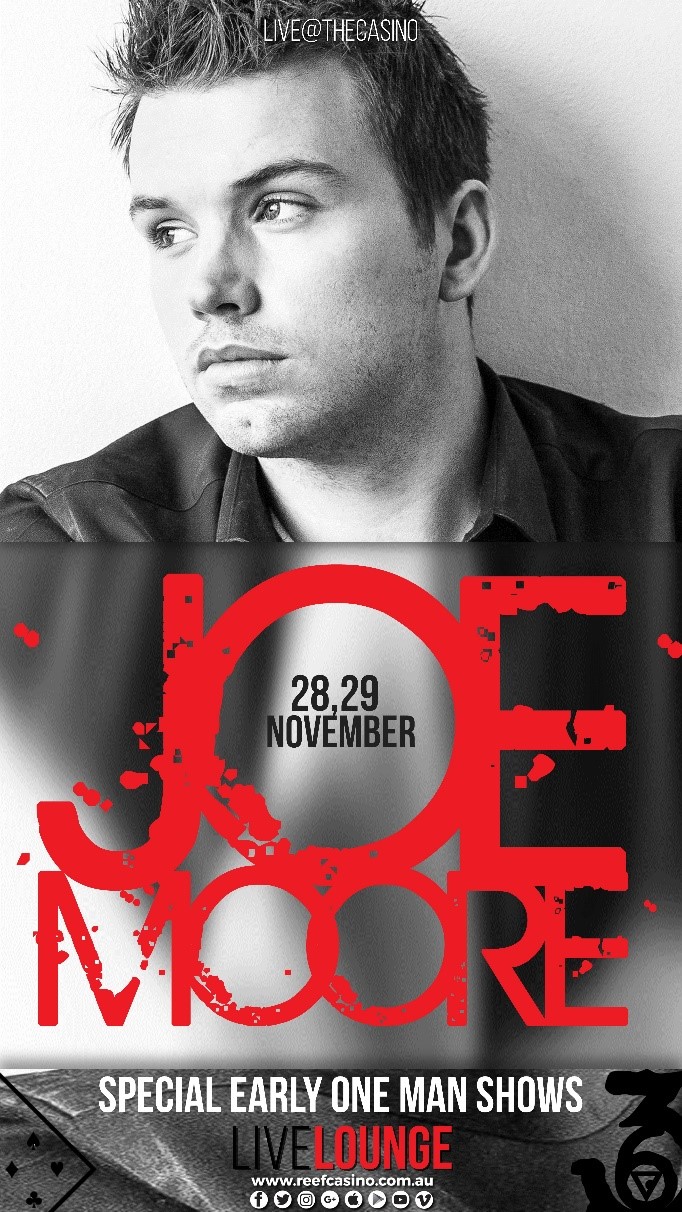 Whenever Joe Moore brings his street smarts to BAR36, he packs the house. By popular demand, the enigmatic performer is returning to the North for two special nights this November and he has a heap of great music to share! These solo shows are guaranteed to delight loves of all music and earn Joe some new fans in the process.

When it comes to honing your craft, an apprenticeship doesn’t come much better than taking it to the streets, performing day-in-day-out, and earning acclaim doing it. That’s what up-and-coming blues-inspired performer Joe Moore did to earn his stripes, five days a week on the streets of Sydney busking to appreciative, and unappreciative crowds, but it was worth it, because it attracted the attention of some of the biggest names in the business. Fast forward from his humble beginnings in 2008 to now and to the release of his highly anticipated debut offering, and he is already a household name.

For the former Brit, now proud Aussie, music has always been a passion. At a young age he had a music taste well beyond his years and a passion for performing and songwriting. Playing to the tough crowds of metro Sydney, he learned how to read a crowd, and keep a captive audience – attracting the attention of international artists such as Dizzee Rascal and The Script. He never knew who he was going to meet – case in point the day Nathan Morris, founder of the Grammy-award winning vocal group Boyz II Men saw him playing in Pitt Street Mall and asked him to support the group on stage that night.

Add support slots with the likes of John Farnham and Lionel Richie and Joe was steadily making a name for himself, but it wasn’t until the opportunity came up to audition for the 2015 season of The Voice that he was broadcast into homes around Australia. The judges and fans at home loved him and he reached the coveted runner-up spot on the series, taking away as many lessons as he could from his superstar mentors, the Madden Brothers.

Joe’s debut album A Thousand Lifetimes has already been earning him acclaim. Most recently, he has been writing overseas and is in the studio recording new material. Don’t miss Joe Moore as he returns to BAR36 at The Reef Hotel Casino for two unforgettable nights this November.

Joe Moore performs at BAR36 at The Reef Hotel Casino for two special nights on Thursday 28th and Friday 29th November 2019. Live music kicks off from 8pm on the Thursday night and 7.30pm on the Friday night. *** Live at the Casino shows in BAR36 are non-ticketed shows.