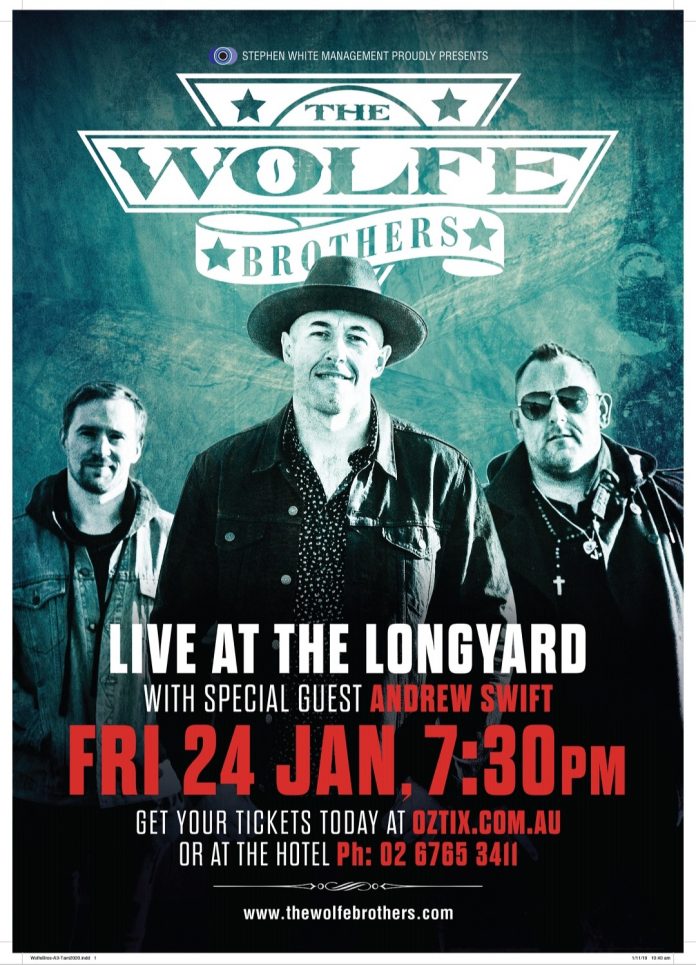 The Wolfe Brothers are bringing the party to Tamworth Country Music Festival with a massive Friday night planned for country music fans at the Longyard this January. After a huge year on the road, touring not only with their own sold-out headline shows, but also alongside long-time mate Lee Kernaghan, the Tassie boys are looking forward to returning to the country music capital for what has become a highlight on their social and music calendar.

The Wolfe Brothers have come a long way since their Australia’s Got Talent success in 2012. They are now one of Australian country music’s most successful recording artists delivering four hit albums and an incredible 12 #1 hit singles. They have proven themselves to be arguably the most exciting live act in the country rock genre in Australia and after years of hard work were given the nod of approval by the industry at large when they were awarded four Golden Guitars at the Australian Country Music Awards in January 2019 – a feat never before achieved by a band in the history of the awards. The pinnacle of that amazing night was taking home the coveted Album Of The Year award for their lauded Country Heart album.

Lead singer Nick Wolfe says the band can’t wait to get rockin’ with fans at the festival. “The annual pilgrimage to Tamworth for the festival has always had a special place in our hearts,” he says. “But after the incredible events of last January, and leaving the festival with not one, but four Golden Guitars, needless to say it’s even more special to us now. If you know us, you know we love a party, so in celebration of last Tamworth this time we’re bringing our show to the Longyard and we’ve moved it to a very party friendly Friday night slot. We can’t wait to be back in the country music capital come January.”

The Wolfe Brothers will be joined by special guest Andrew Swift. The alt-country singer-songwriter was a two-time 2019 Golden Guitar recipient for New Talent Of The Year and Alternative Country Album Of The Year. 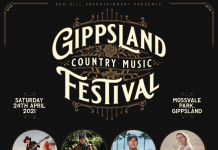 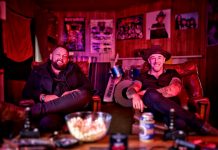 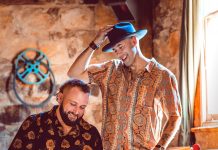