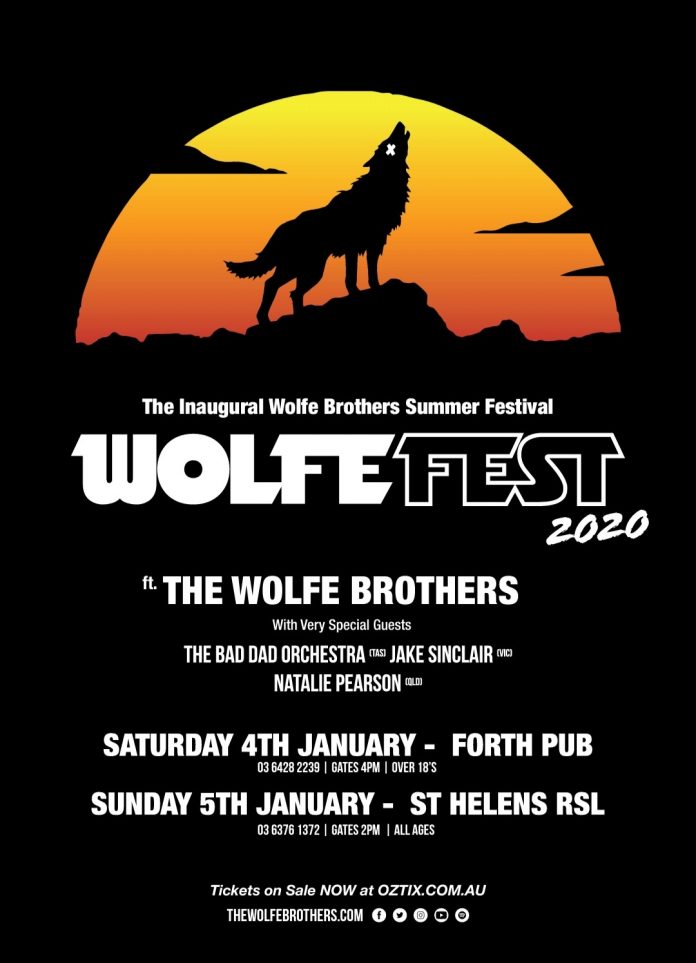 The inaugural WOLFEFEST kicks off this January and it promises to be an unforgettable experience for audiences. Led by country rock favourites The Wolfe Brothers, the event will see the band kick off a festival-style party every January in different venues, commencing with two events in Northern Tasmania in 2020.

“We have decided to produce our own festival shows to kick off the new year and our intention is to do one or two WOLFEFEST events every year from now on,” says lead singer Nick Wolfe. “The idea is to present WOLFEFEST at different locations each January, it will be a moving festival. We hope to build it to become a major event in years to come and we are very proud to announce the first two WOLFEFEST events will be in our home state of Tasmania in January 2020.”

The Wolfe Brothers have come a long way since their Australia’s Got Talent success in 2012. They are now one of Australian country music’s most successful recording artists delivering four hit albums and an incredible 12 #1 hit singles. They have proven themselves to be arguably the most exciting live act in the country rock genre in Australia and after years of hard work were given the nod of approval by the industry at large when they were awarded four Golden Guitars at the Australian Country Music Awards in January 2019 – a feat never before achieved by a band in the history of the awards. The pinnacle of that amazing night was taking home the coveted Album Of The Year award for their lauded Country Heart album.

For bassist Tom Wolfe, the upcoming WOLFEFEST is the perfect way for the band to start what will be a massive 2020 for the band. “We are so pumped about the inaugural WOLFEFEST events,” he says. “There will be no better way to kick off every new year than presenting our own festival every January for many years to come. We hope to build it and make it bigger every year and create an event that people look forward to every January. We will be inviting artists that we really enjoy working with to join us at WOLFEFEST and hopefully in the future we will build the event to the point where we can invite some of our musical heroes to join us at WOLFEFEST.”

WOLFEFEST 2020 will feature an enviable line-up, including one of Tassie’s favourite party bands The Bad Dad Orchestra, Victorian Jake Sinclair and his band, plus Queensland’s rising start of country Natalie Pearson. The soul rock juggernaut that is The Bad Dad Orchestra will bring audiences to their feet at the inaugural WOLFEFEST. The nine-piece band – of illustrious Dad musicians – features not only your traditional full band of electric guitars, bass and drum, but also throws in a Hammond organ, a three-piece horn section and some awesome vocals. They are purveyors of classic pub rock with a twist or two.

Jake Sinclair harks from a regional town in Victoria and has strong country music roots. He discovered his love of playing music at the age of six and it hasn’t waned in the ensuing years. A graduate from the Tamworth Country Music College in 2005, he has worked alongside the likes of Travis Collins, Jayne Denham and Luke Austin as a musician and backing vocalist. His debut EP was released in 2017 and he was a finalist in the Toyota Starmaker competition in 2018. Jake has never stopped performing and is rapidly gaining a solid country music fan base.

Rising country starlet Natalie Pearson won hearts with her performance on stage at Gympie in 2018, and recently took home an Australian Independent Music Award for Best Country. The petite performer is earning a big reputation for her killer vocals and dynamic live performances. She has already shared the stage with not only a swag of Golden Guitar winners, but also household pop-music names such as Jessica Mauboy and Karise Eden. The former Perth-turned-East Coast performer is making her mark and is already being included on some of the country’s biggest festival line-ups.

Tickets the inaugural WOLFEFEST events in Tasmania in January 2020 are on sale now. 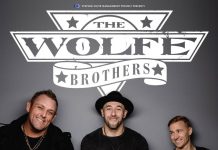 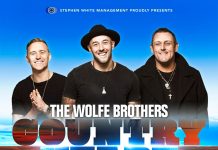