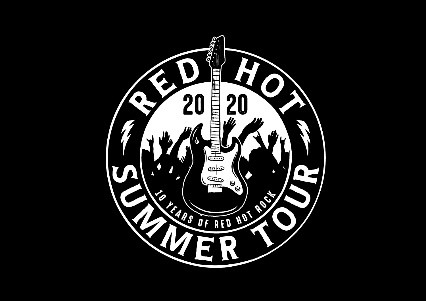 Due to extreme weather conditions, the RED HOT SUMMER TOUR’s second sold-out Mornington show – on Sunday 19th January – was evacuated mid-show. Following the advice of Victoria Police and SES based on an incoming storm late Sunday afternoon, organisers were forced to cancel the event to ensure the safety of patrons and artists. The promoters have been working around the clock since then to reschedule a date for ticketholders and are thrilled to announce that the RED HOT SUMMER TOUR will add a final concert to the 2020 season at Mornington Racecourse on Anzac Day.

The Anzac Day event will also be a chance to come together for a greater cause. Mornington RSL President James Farquharson says members at the Mornington RSL are looking forward to working with the organisers of the RED HOT SUMMER TOUR on Anzac Day afternoon at Mornington Racecourse and commend them for their spirit to invite our Club to fundraise during the event. “It will be a busy day for us with our own official events in the morning, but we see this concert as an opportunity to extend our message on the day and we will have our fundraising team on site,” he says.

RED HOT SUMMER TOUR promoter Duane McDonald says adding the Anzac Day show in to reschedule Mornington will be a fitting conclusion to the 2020 season, which runs for a massive four-months around Australia and wraps up in Noosa. “Thousands of fans were left devastated on Sunday when we couldn’t complete the day’s schedule,” he says. “I am thrilled that all the artists have been able to change their touring schedules to enable us to return to Mornington in April. We are grateful to everyone for working together this past Sunday for a safe outcome for all involved. Our first priority is always the safety of our patrons and artists. We are looking forward to returning the RED HOT SUMMER TOUR to Mornington in April.”

The year 2020 celebrates 10 years of Red Hot Rock with an incredible line-up headlined by ARIA Hall of Fame inductees Hunters & Collectors, and special guests James Reyne, The Living End, The Angels, Baby Animals, Killing Heidi and Boom Crash Opera.  Reforming for this special 10th anniversary of the RED HOT SUMMER TOUR, Hunters & Collectors performances are a rare thing indeed and a huge coup for music fans. The legendary band disbanded over two decades ago and have only performed again a handful of times since – notably at The Sound Relief Concert in 2009 and a brief run five years ago. James Reyne has been treading the boards in the rock halls of Australian music for decades. From his time fronting the legendary Australian Crawl through to his successful solo career, James’ music is part of Australian history. The Living End are considered Australian rock royalty, and for good reason. Their blistering live performances have seen them perform far and wide, and their reputation precedes them, they rock from the first note to the last.

When it comes to great Aussie rock, it doesn’t come much better than The Angels. It’s been over four decades since brothers Rick and John Brewster co-founded the iconic band and have penned some of Australia’s most anthemic tracks. Baby Animals burst onto the Australian scene in the 1990s with a solid rock force and a sassy lead singer, Suze DeMarchi. Baby Animals soon kicked some impressive rock butt with hits such as Rush You, Early Warning and One Word. Killing Heidi also celebrate an auspicious anniversary in 2020, two decades since the release of their rock-pop debut Reflector. The smash hit singles – including Weir and Mascara – embedded the album in Australian music history, took out four ARIA awards and reached four times platinum status. Marking another milestone on the tour, Boom Crash Opera celebrate the 30th anniversary of their ARIA Top 10 album These Are Crazy Times. To make the occasion even more special, the band are excited to welcome back Dale Ryder who will lead the vocal charge.

All ticketholders from Sunday’s cancelled event will contacted by Ticketmaster and automatically transferred to the new show on April 25. Any patron unable to attend the rescheduled date will receive a full refund.