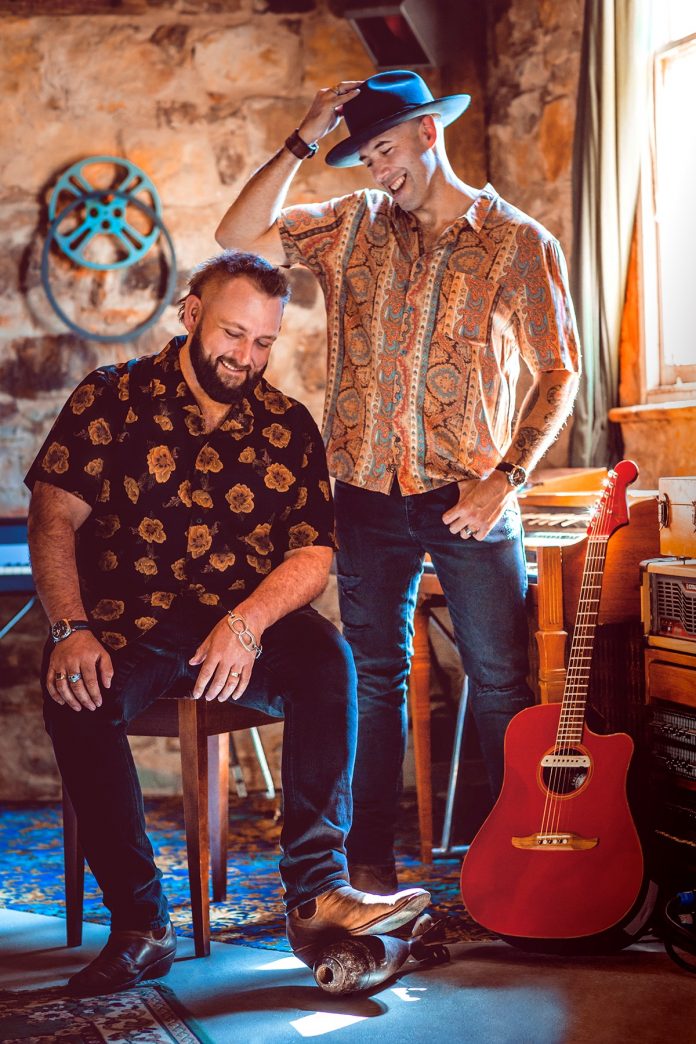 The Wolfe Brothers rockin’ new single No Brakes has hit the #1 position on the Country Charts, making it the band’s 13th Country Number 1. No Brakes was only released five weeks ago and has steadily been making its way up the charts, in fact, it has already reached half a million streams. As the news dropped about their new #1 on Friday afternoon, The Wolfe Brothers celebrated in true iso-style, with their fans during their popular weekly live stream The Wolfe Pack Live, joined by mates, special guest Sheppard.

For lead singer Nick Wolfe, seeing No Brakes hit #1 is a special experience. “Whether it is your first #1 or your 13th, the excitement and gratefulness remains the same,” he says. “We are completely humbled to have the support of our fans and the radio community. For No Brakes to have reached over half a million streams and #1 at Country Radio in only five weeks is astonishing.”

Bassist Tom Wolfe says the opportunity to be able to celebrate with friends and fans alike makes the #1 Chart even more special. “We are super thankful for the work our team has put into this and cannot wait to share more new music, and hopefully more new #1s with our fans,” he says. “Also, a big shoutout to our friends Sheppard for taking time to celebrate the #1 with us on our weekly live stream last Friday. Good mates are hard to find, and they are some of the best.”

No Brakes was already big news for The Wolfe Brothers upon its release. It marked a massive global recording deal with BMG, and a musically bold new direction for the band – the first track from their yet-to-be released fifth studio album. No Brakes aptly demonstrates where The Wolfe Brothers are at this point in time, musically, professionally and personally – it shows them going full speed ahead, pushing forward with no cares in the world. 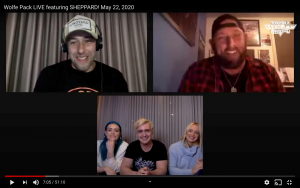 The song is co-written and produced by Lindsay Rimes and was recorded during The Wolfe Brothers last trip to Nashville. It was the perfect track to be released via the band’s new label home; BMG. The exclusive global recording deal with BMG means The Wolfe Brothers now have a global label partnership to further build their career internationally. In the USA, The Wolfe Brothers join the BMG owned BBR Music Group (BBR was acquired by BMG in 2017) who will represent the band’s releases stateside. They join the star-studded roster on the powerhouse Nashville label, home to the likes of Jason Aldean, Dustin Lynch, LOCASH, Jimmie Allen, Runaway June and Blanco Brown.

“We are thrilled to welcome one of Australia’s truly great artists to the BBR family,” says Jon Loba, EVP BBR Music Group. “The Wolfe Brothers, Nick and Tom, write world class songs and are incredible live performers. The minute our staff heard their first single No Brakes they were in and wanted to be involved.  We look forward to partnering with our amazing BMG Australia team to bring their music to the US!”

No Brakes follows seven years of success for The Wolfe Brothers; the band have now had 13 consecutive #1 radio airplay singles in Australia, all four studio albums have debut at #2 on the ARIA chart and #1 on the Australian Country Music Album Chart, and the band have been nominated for 16 CMAAs and winning Group Of The Year, Album of the Year and Song of The Year in 2019.

The Wolfe Brothers new single No Brakes is out now.