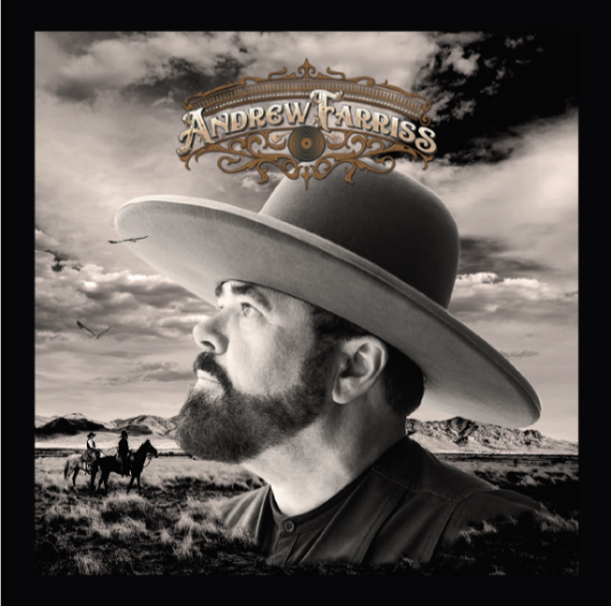 For Andrew Farriss, it has never mattered what style of music he is writing. What is important is how the song makes you feel, the story it is telling and how the track lingers with you long after the music has finished playing. It was this ethos that the formidable songwriter took with him when it came to penning the tracks for what has become his debut solo album, a collection of songs that bring to life stories of outlaws, freedom, cowboys and love, and paint vivid imagery of gun slinging bandits, Australian history and international cultural spirituality.

A prolific songsmith, Andrew had more than 200 songs already penned when he decided to create the body of work that would result in his self-titled release. Tracking songs in Nashville at Larry Beaird’s studio almost a decade ago, initially Andrew had no thoughts of recording an album, or even an EP. “I wanted to make the songs sound as good as possible so that I could play them to people,” he recalls. “I was more concerned about that than making a record. I realised, when I listened to my voice as a country singer, it began to make sense to me. That’s when the pieces of the jigsaw fell together for me.”

Living on the land and running a working farm, country music was never far from Andrew’s heart. Yet, it was a chance trip up to the Apache Pass along the Mexican border that set the musical direction for the album. Andrew and his wife, Marlina, spent weeks horse-riding with good friends, cowboy wrangler Craig Lawson and his wife Tamara through the Chiricahua Mountains. The history of the area really captivated Andrew in a way that he wasn’t expecting, from the stories of the tumultuous fighting to the barren beautiful landscape. “I became quite enamoured with it, it became very real to me,” he says. “When I went back to Nashville and I continued writing, some people said, ‘let’s write a country pop hit’ and I didn’t want to do that. What I really wanted to do was write about that outlaw country that I just saw and the history of the area.”

The concept of the outlaw and cowboy country resonated with Andrew because it felt like home. He felt there was a trajectory between what he had experienced in the United States, and what he experienced every day working on an inland Australian farm – ‘where Australiana meets Americana’. “There is a force of nature that gets into your bones,” he says. “I feel really fortunate to have had those experiences and sing about the heartland.”

Finding the tracks that cohesively fit the album together in a country feel was a natural progression. Many of the songs on the album had been written years earlier, while some were penned during the recording process, to round out the vision that Andrew had for the release. They fit seamlessly together and all embody the country-roots storytelling element that was so important.

“One of the reasons many people have warmed to country music, is that it isn’t just happy songs,” says Andrew. “It is the sad songs; it is the gritty subjects that some of genres of music won’t go near. That is something that attracts me as a songwriter. I don’t want to chase what train everyone else is on, I want to stay true to what I do as a songwriter, and keep a frontier sense of freedom. When I was putting the album together, I steered away from cliches, plus I wanted to put my own personality in it. If my album doesn’t sound like anyone else, then that is good.”

Andrew has already shared three singles from debut album. The first single, Come Midnight, released in 2019 has continued to steadily build a listenership since it first received radio airplay. The follow-up, Good Momma Bad, released at the start of 2020, solidified Andrew’s new musical direction and garnered him further acclaim across the country music industry as a whole. The latest single, Run Baby Run, hit the airwaves at the start of March 2021. Prior to COVID-19, Andrew’s solo album was initially flagged for release in March 2020. However, that was put on hold for 12-months. In that time, Andrew released a five-track EP, Love Makes The World, that spawned two hit singles, the title track which very recently hit the #5 spot on the Australian Country Chart and All The Stars Are Mine.

“It was a good thing that the EP came out before the LP,” says Andrew. “I have dived into the country music genre and so far, the response has been really good. It wasn’t designed that way, it was by accident, but it was a lucky accident for me. It was a chance to have an introduction.”