Tasmania’s multi-award winning country rock duo The Wolfe Brothers have been given the honour of performing live to open Day Two of the first ever Ashes Test held in Tasmania on Saturday at Hobart’s Blundstone Arena. Their pre-game performance at 2.30pm AEDT will be followed by a second innings where the band will perform two of their biggest hits during the Tea Break at 7.40pm AEDT. The Test is a Day-Night game and will be telecast live around the world.

Lead singer and guitarist Nick Wolfe is a massive cricket fan. “After the disappointment of the Tamworth Country Music Festival and Golden Guitar Awards being postponed until April, to get the news that we will be playing at this historic event for Tassie has certainly lifted our spirits,” he says. “We may never get another Ashes Test down here again, so to be actually involved on Day Two is a real honour. I have a guitar that is actually made from a cricket bat that was a gift from my wife Tani in recognition of my love of cricket and music. I think it will have to make its first public performance on Saturday as there will never be a more fitting occasion to do so.”

Under normal circumstances The Wolfe Brothers would be attending the Country Music Awards of Australia in Tamworth on Saturday where they have been nominated for an incredible seven Golden Guitar Awards – their highest nomination tally to date. The duo have released five studio albums and have achieved a staggering 16 consecutive Number One National Country Music Chart singles since capturing the hearts of the nation when they came in as runners-up on the 2012 series of Australia’s Got Talent (AGT). From their electrified live performances on AGT, they were invited to audition for Lee Kernaghan who was looking for a new backing band at the time. A strong connection was made, and The Wolfe Brothers have been touring with Lee and opening all of his concerts for the last 9 years. The duo have also been headlining their own sold-out tours and festivals around Australia and have performed at festivals in the USA and Canada.

The Wolfe Brothers current album, Kids On Cassette, was released last year and entered the ARIA charts at #1. Today it was confirmed by ARIA as the third highest selling Australian Country Music album for 2021. No Brakes was the first single released from the album on April 17 2021, and from then to now, The Wolfe Brothers can claim the title of the most played artist on Australian Country Radio.

For bass guitarist Tom Wolfe, the performance at the Ashes Test is a great restart for 2022. “We started the year being informed all of our January and early February shows have been postponed due to Covid-19,” he says. “The news that we are playing at the Ashes Test is just what we needed as a boost before we start recording our next album on Monday next week. To go into the studio on a high is the perfect scenario and we are grateful to Cricket Australia for the opportunity.”

For more information about The Wolfe Brothers, please visit www.thewolfebrothers.com 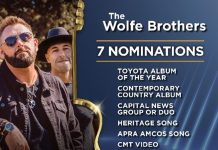 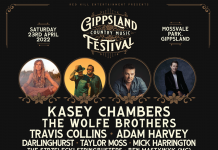 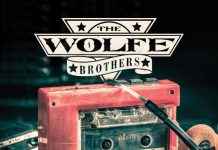