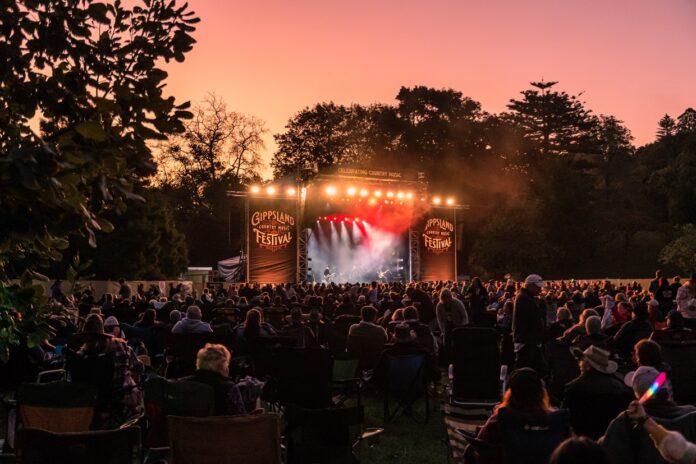 After a massive second event this past weekend, organisers have announced the date for the third annual Gippsland Country Music Festival in 2023. Slated for Saturday 22nd April, plans are already being put in place to make next year’s festival bigger than ever.

Organisers are celebrating a fantastic day of live music with some of the best country musicians in Australia. Just 24-hours out from opening the gates on Saturday, the Gippsland Country Music Festival sold-out for its second year.

For organiser and long-time Gippsland local Aidan McLaren, it was the culmination of months of hard work from the Gippsland Country Music Festival crew. “What a day,” he said. “Perfect weather, an awesome sold-out audience and all of the bands were amazing. We couldn’t have asked for much more. Everything came together so well and the vibe was really special. The main highlights of the day would have to go to our four headliner artists who were all incredible live – Kasey Chambers, The Wolfe Brothers, Travis Collins and Adam Harvey all performed stand-out sets and really got the crowd going. For most of them, it was their first time playing in Victoria since COVID and they genuinely were really thankful and appreciative to be performing in Gippsland. The line-dancing lead by local legend Linda Pink was also really well received, and it’s hard to go past the sunset, which was magic.”

Having the festival sell out for its second year in a row was something Aidan and the team only dreamt of. “The support from the community for this event has been immense,” he said. “We’re really grateful. To sell-out an event two years in a row is no small feat and it’s a great sign that it’s something that will hopefully take place in Gippsland for many years to come. There are a lot of local people, local businesses and community groups involved in making this event happen, and it’s wonderful that it has been a success and lots of people can benefit from it. To be able to welcome such a high-calibre of artists to perform in our region is awesome as well.” 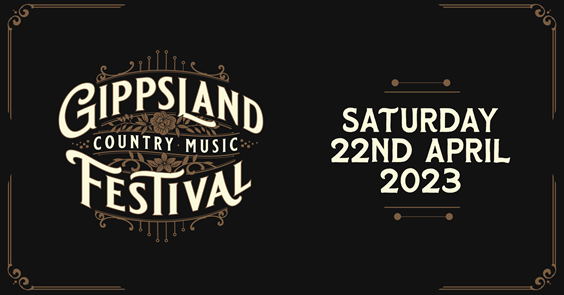 The team can’t wait to announce details of what they have planned for next year. “We’re really excited for 2023’s event,” said Aidan. “We’ve already locked in a bunch of amazing artists and we’re excited to also be adding more non-musical elements to the event next year as well. I can’t say much more than that at this stage, other than it truly will be a celebration of all things COUNTRY!”

Save the date for the Gippsland Country Music Festival next year on Saturday 22nd April 2023.