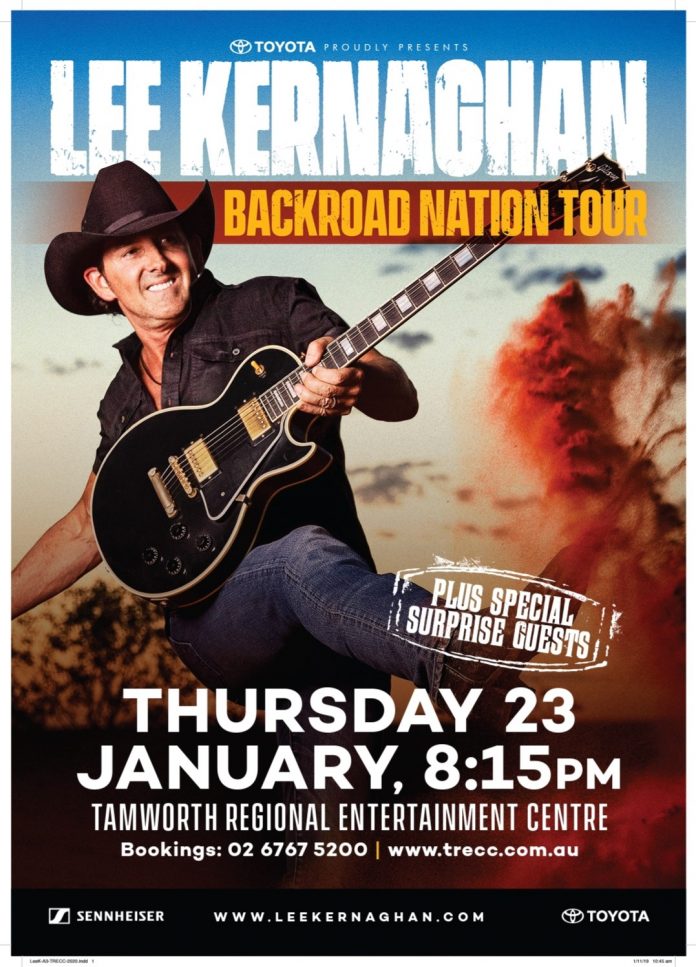 Country icon Lee Kernaghan is bringing his Backroad Nation tour to Tamworth Country Music Festival in 2020 and music fans better be ready for a massive evening of country fun! Lee has been solidly on the road since the release of his Backroad Nation album in May 2019, playing more than 40 shows to packed houses around the country. It is by popular demand that he is bringing the high-energy show to Tamworth in January, along with some special surprise guests.

Lee’s 15th album, the 12-track Backroad Nation debuted on the ARIA Albums Chart at #3, making it his tenth Top 10 entry into the charts. When the first single Wheels from the long-player dropped at the start of 2019, Lee announced 45-shows kicking off in May that would see him on the road through until November. Many of the shows sold-out well before the country legend reached town. Backroad Nation is an album that resonates with music fans, it is all about celebrating everything that is great about ‘us, our way of life and the people who make our country great’. With this in mind, the forthcoming show at Tamworth will be a continuation of that celebration.

“The Tamworth Country Music Festival is the home of country music in Australia and I’m really looking forward to bringing the Backroad Nation tour to town this January,” says Lee. “The festival and Golden Guitar awards bring people together from all over our great land to celebrate the music we love. From the buskers in Peel Street, to the pubs, clubs and the big concert stages, there’s nothing quite like the atmosphere. It’s the place where great friendships are forged, parties had, songs written and stars are born.”