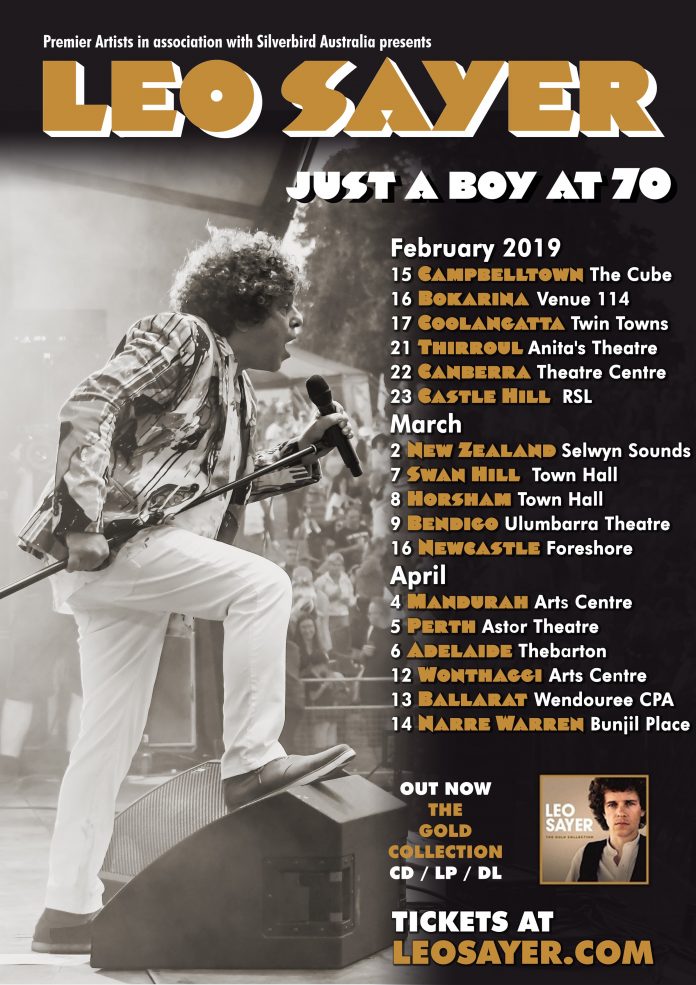 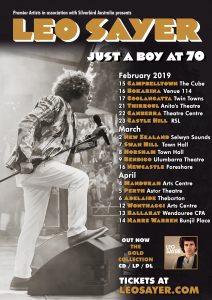 Hot off the heels of his sold-out 2016, 2017 and 2018 UK tours, Grammy-award winning, international chart topping, British music legend Leo Sayer is touring Australia and New Zealand with his all-star band for a series of special shows to celebrate his 70th year on earth. The run of dates throughout February, March and April 2019, will see Leo traverse his amazing back catalogue. The Just A Boy At 70 tour will head straight to the UK and Europe again for the northern summer touring season at the end of the Australian run, so this is the only chance Aussie audiences will have to share in Leo’s birth year bash!

Known the world over for his classic songs, which include Thunder In My Heart, More Than I Can Say, Moonlighting, The Show Must Go On, One Man Band, I Can’t Stop Loving You, Orchard Road and the transatlantic number one smash hits When I Need You and You Make Me Feel Like Dancing. Leo is excited to be back on tour in his adopted homeland and can’t wait to celebrate his auspicious anniversary with audiences through these high energy concerts, jam-packed with hits from start to finish.

Leo is also currently celebrating the UK release of his The Gold Collection, which saw him appear in the UK Top 40 for the 15th time. The album will be available exclusively to Australian audiences on the Just A Boy At 70 tour.