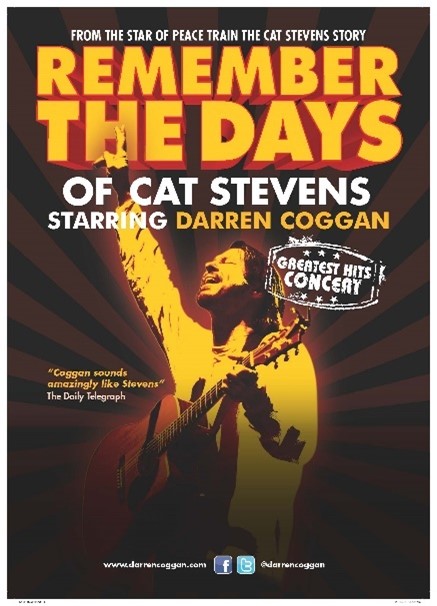 For Darren, paying homage to a performer such as Cat is a privilege. “I was inspired by his story and his incredible catalogue of timeless songs and felt that it would also inspire others,” he says. “The songs say something, ask questions, make statements, they have intelligent, poetic lyrics, and musically, while simplistic in presentation, they are very complex and always fun and challenging to perform. I do love this show and never tire of performing the songs. I love how I can continue to find new interpretations of his lyrics. I love seeing the reaction from the audience each night and seeing them all stand up with an ovation – something I’ll never take for granted.”

Tickets to Darren Coggan’s Remember The Days of Cat Stevens are on sale now. Additional tour dates will be announced in the coming weeks.