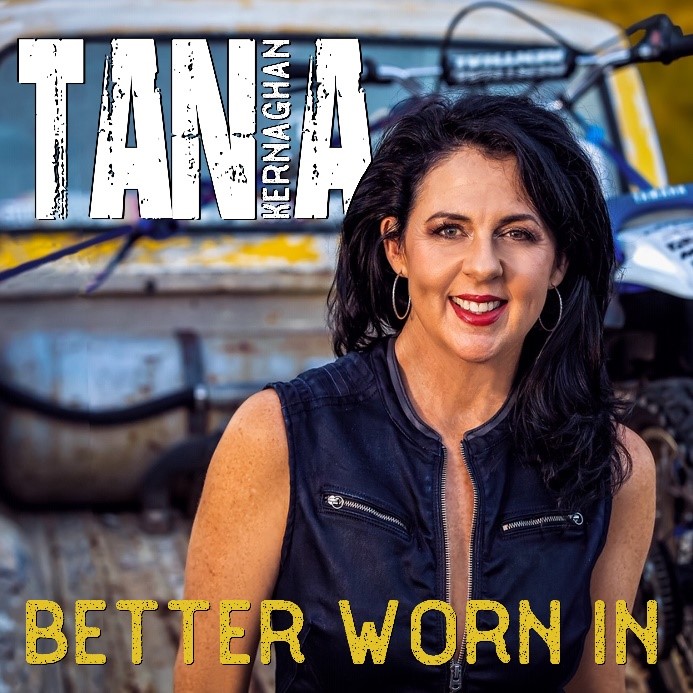 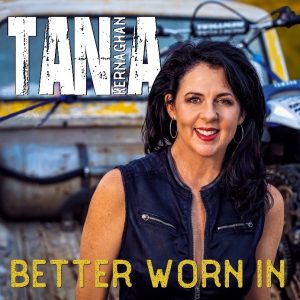 Country music sweetheart Tania Kernaghan is 100 per cent comfortable within her own skin. The singer-songwriter, who recently celebrated her 50th birthday, has never felt more secure within herself, and with her direction in life – and it shows. Embracing that infectious positivity, Tania is sharing her message of self-acceptance with a powerful new single, Better Worn In. Written and recorded with Nick Wolfe, of The Wolfe Brothers, in his Tasmanian studio, and co-written with her sister Fiona Kernaghan, the track is an exciting new direction for the multi-award-winning singer. It epitomises her ‘glass half full’ outlook on life and will certainly resonate with music fans on many levels.

When Tania sings ‘oh it’s a beautiful thing when you feel alright in your own skin’, she is creating an anthem for anyone who has ever doubted themselves, and has now come out the other side. It is a powerful statement and one that is important to the Golden Guitar winner – the fact that getting older is a gift and one that has given her a different, sharper perspective.

“It’s the ultimate reality check,” says Tania. “I know I’m more confident and comfortable with myself now than I’ve ever been. I don’t obsess about the past much anymore or worry about how much life has already gone by. I’m more wondering, ‘what else might life have in store for me?’ Its an ongoing conversation – once it’s on your radar, it seems to come up a lot, that peace and clarity that comes with age. You develop a different idea about what beauty is and even what sexy is. That’s really empowering. You realise that old Hollywood stereotypes are a joke, real life is way more interesting.”

Better Worn In isn’t just a track about feminine aging either. It crosses sexes and it helped having Nick Wolfe to pen the track with Tania and Fiona, giving a male perspective. In fact, the message behind the song translates to just feeling great within yourself, full stop. “To me, self-acceptance and a happy heart are qualities I really admire,” says Tania. “I feel so comfortable in my own skin. Every line tells a story. I’m proud of those lines. This is where I am in life. The glass is more than half full, it is overflowing. It is all about being positive, there is a great life out there to embrace – get on board everyone, it is going to be one hell of a ride.”

The track was the first time Tania has written and recorded with long-time friend Nick. The idea actually came about at his wedding last year, which Tania – who is a registered civil celebrant – presided over. In the studio they discovered a fresh sound that enabled the established singer-songwriter to explore a new direction, while still adhering to her country roots. “It is like I have shed a new skin,” says Tania. “It is a whole new chapter turning over in my life, I love Nick’s energy and talent. He is a musical genius.”

For Nick, producing Better Worn In was an exciting project. “Working with Tania on her new music has been an absolute honour and a blast,” he says. “She set out to explore some new territory, in terms of sound and feel, and I reckon we’ve achieved that while not losing sight of what her fans love about her as an artist. I’m so excited to see the reaction of Tania’s fans to her new material.”

Just like the song narrates ‘life’s like your best pair of boots, better worn in’, and Tania certainly feels that for her, the next part of her life is really only just getting started. “We were laughing about how Fiona thinks its great I’ve turned 50 and somehow still feel like I’m just getting warmed up,” she says. “I do feel great, and I can’t wait to hit the road. I’ve got a lot of living to do and a lot of songs to sing. Its actually more fun now than ever!”