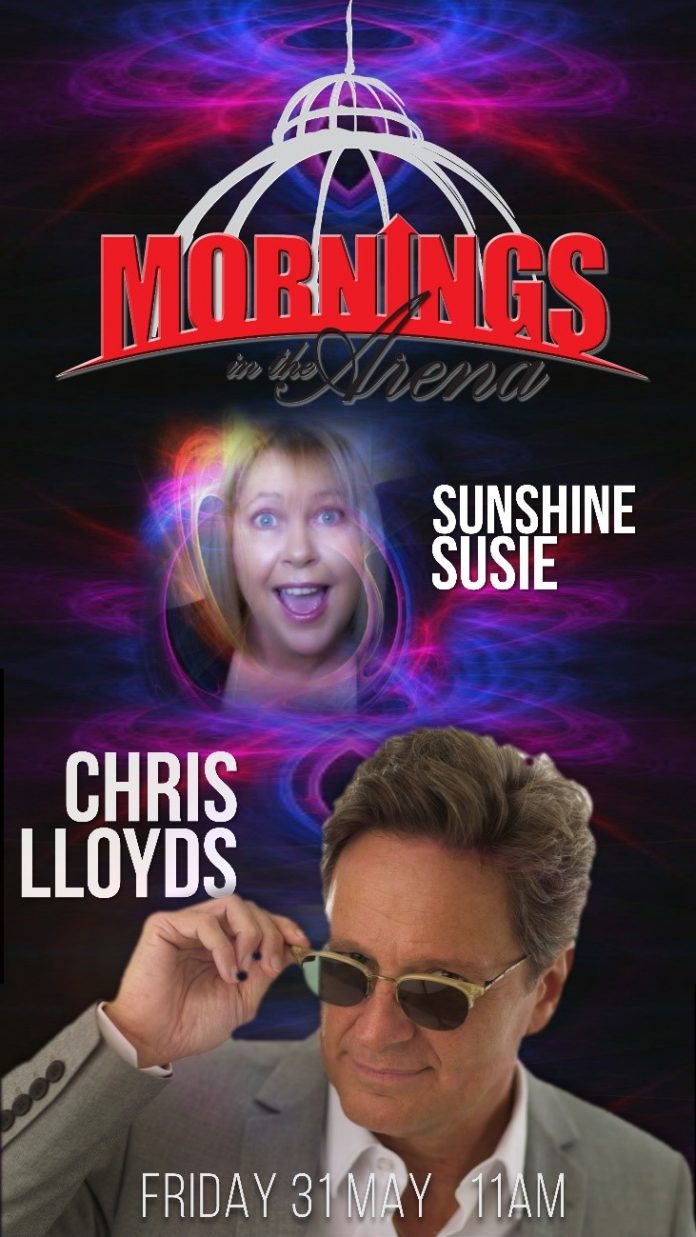 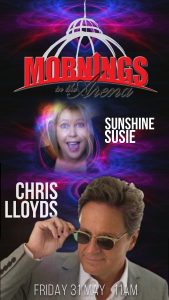 Cairns audiences will be treated to a double feature on Friday 31st May as two stellar performers join forces for a special one-off show for Mornings In The Arena at The Reef Hotel Casino. Celebrated vocalist Chris Lloyds will be accompanied by the effervescent Sunshine Susie for what will no doubt be a show to remember. The monthly Mornings In The Arena is well-known for its high calibre of entertainment and the May line-up is sure to delight all music lovers.

A born performer, Chris Lloyds began singing at the young age of seven and never looked back. Successes and scholarships throughout his schooling years led to a professional career starting as lead singer of the touring band Skintite, before forming jazz/rock outfit Big Red, signing to Mercury/Polydor records and releasing the Top 10 hit The Traveller.

Since then, Chris has traversed the globe, performing and recording alongside some of music’s greatest and most respected artists including Blondie, Joe Cocker and Meatloaf. Now touring his Hits of the Crooners Show, Chris expertly utilises his sophisticated voice to sing the classics from the likes of Dean Martin and Nat King Cole, breathing new life into some of the greatest songs ever recorded. Once described as ‘one of the countries busiest session singers’, there is little in the music industry that Chris Lloyds hasn’t done.

Drawing from old jazz standards and the Great American Songbook, he is not a singer to be missed and the Friday morning showcase is no exception. No stranger to Mornings In The Arena, this is an exciting opportunity for audiences to see this acclaimed performer in full voice back on the Arena stage.

Another Tropical Queensland local, Sunshine Susie – aka Susie Elsmore – has returned home to the Far North after three decades of living away. Her passion has always been singing, and her voice is testament to that. With a range and taste that covers old favourites from the 50’s right up to the 80’s and everything between, Sunshine Susie’s performances have something for everyone.

Don’t miss Chris Lloyds and Sunshine Susie as they share the stage for one morning only as part of Mornings In The Arena this May.

Sunshine Susie and Chris Lloyds perform at Mornings In The Arena at The Reef Hotel Casino on Friday 31st May 2019 from 11am. *** Live at the Casino shows in the Arena are non-ticketed shows. For more information, please visit www.reefcasino.com.au