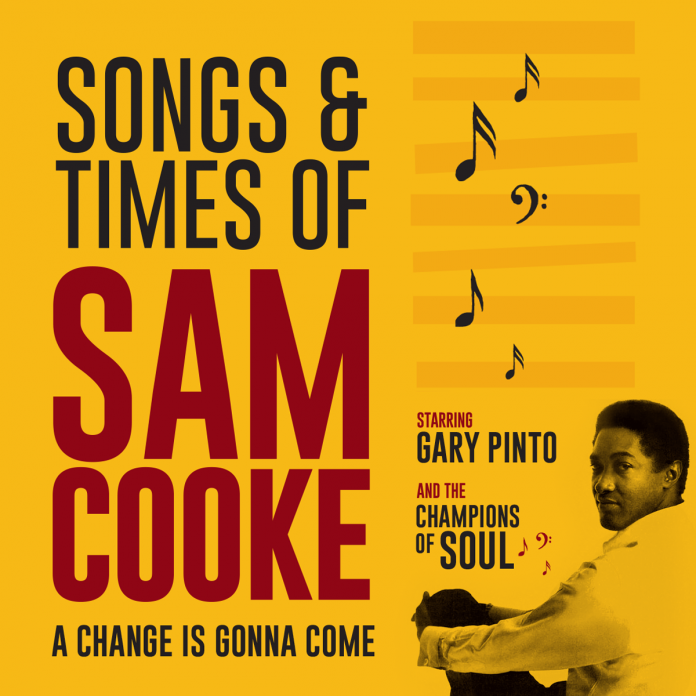 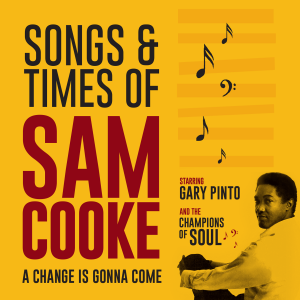 When Gary Pinto made his debut on stage paying homage to his music idol Sam Cooke in the Songs & Times Of Sam Cooke – A Change Is Gonna Come more than six months ago, he took audiences breath away. Not only did he embody the spirit of the late great soul man, but he brought something else special to the stage entirely – reigniting concert-goers passion for the music that shaped history. Night after night saw packed houses and standing ovations, with critics proclaiming ‘Gary Pinto IS Sam Cooke’.

Now, due to popular demand, Gary Pinto and his band, The Champions of Soul, are taking the Songs & Times Of Sam Cooke out for a special summer season, including residencies at the Sydney Opera House and the Melbourne Arts Centre, plus two special shows at the Canberra Theatre Centre and Geelong Performing Arts Centre. Gary will traverse the biggest hits of Sam Cooke’s career, embodying the spirit of the soulmaker’s acclaimed concert at the Harlem Square Club from 1963.

Considered one of the most influential songwriters of all time, Sam Cooke has an incredible legacy. His music still sells US$5 million a year, even more than five decades after his death. He has been inducted into the Songwriter’s Hall of Fame (1987) and the Rock N Roll Hall of Fame (1988), received a star on the Hollywood Walk of Fame (1994) and was awarded a Grammy Lifetime Achievement Award (1999).

Being asked to perform the music of Sam Cooke was something of a dream come true for Gary, who cites the legendary singer as one of his biggest influences as a singer and the ‘Godfather of Soul’. He says the experience of taking audiences on a journey through Sam Cooke’s collection was insightful. “Every night interpreting his songs was a different experience because the band would play differently, and I would sing differently, being in the moment of great soul music,” he says. “Singing the performing this kind of music is very much dependent on the atmosphere and every performance is varied. The music traverses age groups from young to old, because soul music is timeless.”

Sam Cooke has been described as ‘the best singer that ever lived’, by legendary soul producer Jerry Wexler and was regarded by soul diva Aretha Franklin as a ‘genius’. His powerful, yet understated voice saw him break race and religious barriers in the 1950s and 1960s and made him one of the best-known African Americans in the world in his time. His first solo hit – You Send Me – was #1 on the Billboard R&B charts for six-weeks. He had 29 Top 40 hits, such as Bring It On Home To Me, Chain Gang, Cupid, Another Saturday Night, Twistin’ The Night Away and Having A Party.

Sadly, the end of his life was sparked with drama. He apparently took to drinking to cope with the sadness in his life – the death of his first wife and subsequent death of his young son from his second marriage – and on the night of December 11, 1964 after a prostitute allegedly stole his clothes and money, he got in an argument with the motel manager who shot him four times. It was declared a justifiable homicide. There were always rumours that his death was the work of gangsters who had tried to move into his business enterprises and had been rebuffed, but nothing has been proven.