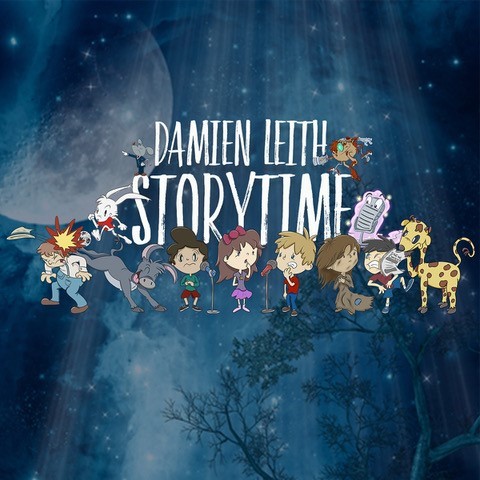 What time is it? Storytime!

The Damien Leith Storytime app, originally scheduled for a February release, has been postponed until March to include a CD. The new launch date – Friday 2nd March – will not only be the date the app goes live, but will also see a collection of stories released to CD – digitally and through a limited edition hard-copy. It was essential to delay the app launch date in order to ensure both the CD and the app could be released to families simultaneously, something that was extremely important to Damien.

After announcing the app late last year, Damien was flooded by feedback from families asking if the stories would be available on CD. “When I first began creating the app, it didn’t occur to me to release a CD, but over Christmas I gave a special story called Where’s Santa to everyone,” he says. “The feedback was fantastic, people really enjoyed the story and many asked if it would be available on CD. Some people said CD would be great for long drives, or babysitting grandkids, others thought it would make a lovely gift. It made me think about all the long road trips I’ve done with my own kids and how they always bring a favourite CD to listen to for the journey.”

Damien is no stranger to releasing CDs – after all, he has been in the music industry for over a decade and has a plethora of albums under his belt. But releasing a CD of stories is a new prospect. “It’s exciting to be releasing an album of kid stories rather than music,” he says. “I’ve released many albums over the years but this will definitely be a first for me. The ultimate goal for me is to make the stories accessible to everyone. Not everyone works with apps, not everyone plays CDs. This way the stories will be available to anyone – to the tech savvy person and the person who likes a physical CD too.”

The Damien Leith Storytime app started as a chance for Damien to record his original stories for his own kids to listen while he was away on tour. A solid believer in the power of the imagination, and giving children free-reign to harness that power, Damien’s ethos behind designing the Storytime app was to give children a chance to unwind – without any outside interruptions – and let their imaginations run wild. “Kids need to just close their eyes, listen and create images in their own head,” he says. “It gives them time to relax. It also sparks ideas in other aspects of their life, including when they write their own stories. Storytelling is vital for children’s imaginations. So many studies have shown, especially in this age of digital devices, allowing a child to imagine something without any other visual stimulation is an essential part of growing and learning.”

The app and CD, which is aimed for children aged four and up – with parental discretion for younger children – features a wide range of stories from adventure themed and fantasy to super-hero style where the kids themselves are the heroes. Each story is completed with a ‘top and tail’ of original music – that not only relates to the story – but also helps the aim of relaxation, and are all told by Damien. The recordings also feature Damien’s children’s voices on some stories. This is no ordinary storytelling – this is amazing fodder for the imagination!

Modelled on the old-school cassette tapes Damien was brought up listening to – the stories have no pictures or words, no outward distractions, just the sound. “I loved those styles of stories when I was a kid,” he says. “When a full day was finished, homework was complete, those stories were like my time to sit back, relax and let my mind run free. My stories are designed to ignite children’s imaginations, and at times a moral or two. I always encourage parents to sit in on the stories with the kids, even pause the stories if the child has questions. When the children are asking questions, it is a great sign – it means they are really listening and connecting to the story.”

All the stories have been road-tested on Damien’s own children – Jarvis (12), Jagger (10) and Kikki (6) – and their friends, and have the all-important nod of approval. “I have been writing for years,” says Damien. “Writing was in fact, my first love before singing. My kids absolutely love the stories and often listen to them many times over. The wonderful thing about creating a story ‘live’ in front of the kids is that I can constantly gauge if they’re enjoying where the plot is heading. For my three, I’ve found that adventure and the unexpected always draws them in. I already have quite a large backlog of stories to work from, but since my kids still ask for a new story every night, there’s constantly new ones being developed.” 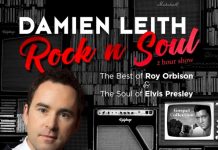