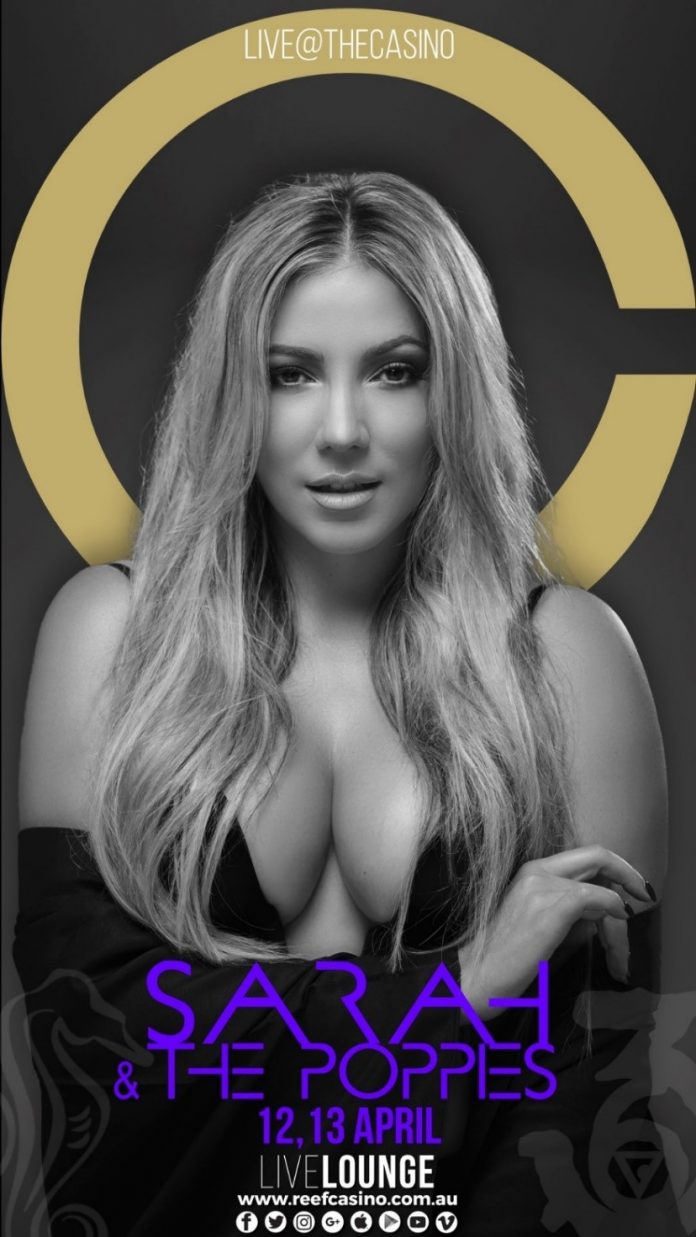 Things are heating up this April as Melbourne-based singer-songwriter Sarah C joins enigmatic Cairns band The Tall Poppies for two massive nights of entertainment at BAR36 at this April. This is an exciting opportunity to North Queenslanders to catch this vibrant performer ahead of her July return in BAR36 and her headline party across Amateurs weekend as part of The Reef Hotel Casino’s official celebrations.

Described as embodying a heady combination of dynamite energy and a powerful soulful voice, Sarah C is a seasoned performed who has earned the reputation as ‘Melbourne Soul Diva’ on her home turf. Invited to front Cairns own beloved The Tall Poppies, known for their versatile pop, dance, funk and soul repertoire, audiences are certainly in for a treat across the weekend.

Sarah C has worked with some of the biggest names in the business, performing with the likes of Kylie Minogue, Daryl Braithwaite, Jessica Mauboy and Anthony Callea to name a few. She has also had the honour of performing for Hollywood royalty, Oscar winners Goldie Hawn and Susan Sarandon.

Recently, she was a guest judge on Channel 7’s reality show All Together Now and her vocals have been featured on countless television advertisements for the likes of Coles. She has also been a backing vocalist for X-Factor and Dancing With The Stars.

Sarah C’s all-original debut EP Fearless debuted at #3 on the Australian R&B – Soul charts and has firmly cemented her as an artist to watch.

Sarah C & The Poppies perform at BAR36 at The Reef Hotel Casino on Friday 12th and Saturday 13th April 2019. Entertainment kicks off from 9pm nightly with The Tall Poppies.

These are non-ticketed, free shows in BAR36.