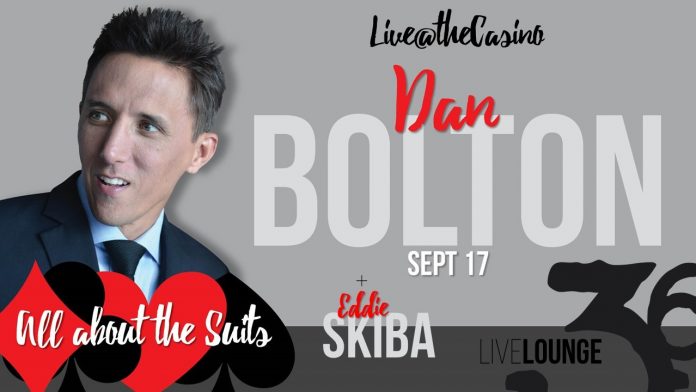 Continuing the swank and groove at BAR36 throughout September, the smooth Dan Bolton will be heading to The Reef Hotel Casino for a special one night only Sunday session on September 17. Kicking off from 5pm, the acclaimed singer-songwriter and pianist will delight audiences with his diverse repertoire of 21st century standards and original compositions.

With songwriting described as a rich tapestry that melds flavours of jazz and pop – where new meets the old – Dan Bolton is playing at the top jazz venues around the country and has added one special show at BAR36 to his run. He has previously spent years performing in New York, working not only on his own original material, but also as a musical director for Hollywood, Broadway and cabaret star Nathan Lee Graham, as well as Laura Hart, and as a singer with the revered Glen Miller Orchestra.

He has performed through the US, Japan, the Middle East, Australia and New Zealand and has five albums under his belt. His most recent three albums – The New York Sessions; Volume 1, 2 & 3 – have received critical acclaim. Dan Bolton’s music appeals to young and old, attracting all who appreciate good songwriting with groove, and as a songwriter, he draws on life experiences so there is a direct correlation between the stories and the music.

Don’t miss the jazz styling of Dan Bolton as he gets BAR36 grooving for a special Sunday session this September.

Dan Bolton performs at BAR36 at The Reef Hotel Casino on Sunday 17th September 2017 from 5pm for one night only. The music continues with Eddie Skiba until late.