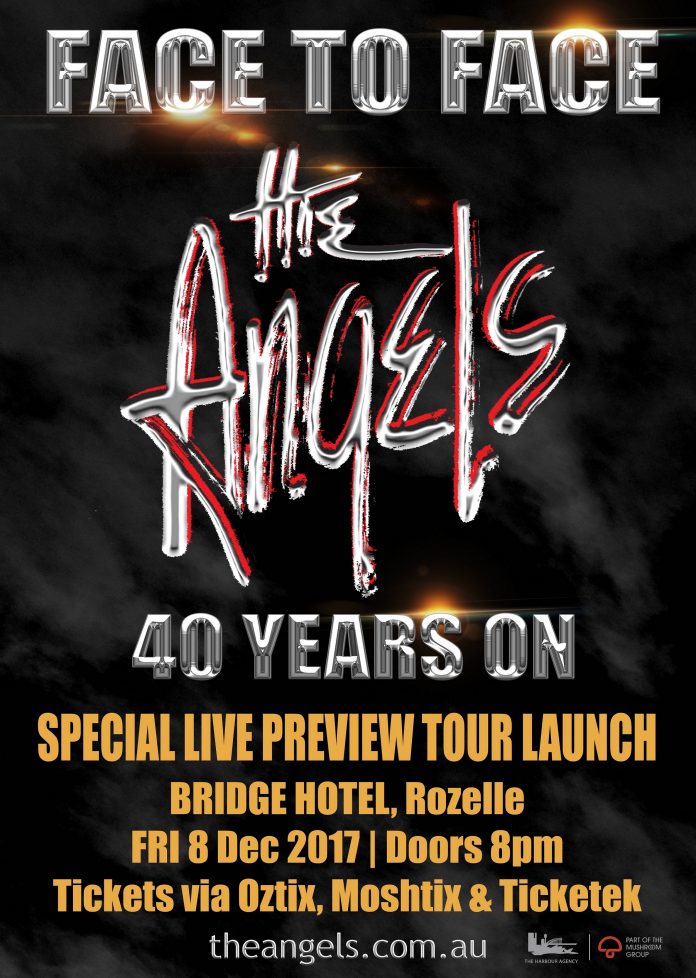 Iconic rock band The Angels are gearing up for a special live preview to launch the 40th Anniversary Tour of their seminal album Face To Face this December. It is hard to believe, but in 2018 it has been four decades since Face To Face was released. To celebrate, the band will be embarking on a massive national tour that will see them perform the entire album, as well as their biggest hits. In order to launch that tour, in true Angels fashion, the band is heading back to one of their favourite venues for a special launch concert on December 8, giving audiences a live preview of what is to come in 2018.

For John Brewster, when it came to picking a venue to launch the 2018 tour, The Bridge Hotel in Rozelle was one of the venues at the top of the list. “The Bridge is the last bastion of real pub rock – the sticky carpets, the close quarters,” says John. “Face To Face was named because at that point in the band’s career, that was our relationship with the audience. They were that close – it was a happy confrontation. The Bridge is kind of the last one standing in a way – it is still like it used to be. When we want to have that intimate-type show and jam everyone in, it is fantastic. We love it.”

Face To Face firmly put the band on the map – both in Australia and internationally – spawning tracks that still hold an iconic place in Aussie music history such as Take A Long Line, Marseilles, After The Rain and Be With You, to name a few. The multi-platinum release was described as a ‘watershed’ for the band and changed the way Australian bands toured.  Take A Long Line is one of The Angels most loved songs. It was a smash for the Face to Face album, peaking in the national single charts at #26 and remaining there for a massive 29 weeks. The album itself remained in the charts for a year-and-a-half – an impressive achievement for a band on their second release, and one who, unbeknown to them at the time, would create the musical soundtrack of a generation.

There was something about The Angels music that stood them apart. The songwriting partnership of Brewster/Neeson/Brewster, creating great rock songs – timeless in both lyrics and melody – written for the band and for the live audiences. This true grit, something that inherently appealed to the Australian market, created a legend that has stayed with the band until today.

The Face To Face tour will traverse the classic album – with the band performing all the songs that made the LP a breakthrough for them back in 1978. For Dave Gleeson, it is an honour to be able to perform the classic tracks and take listeners down memory lane. “Face To Face is, without doubt, one of the must have albums and sits very comfortably alongside any of the greatest Australian albums of all time,” he says. “Every song, whether released as a single or not, is indelibly stamped in the music vocabulary of rock music fans, here and in many parts of the world. I heard it for the first time at the age of 10, thanks to my older brother, and now to be singing many of the songs each night on stage with John and Rick, is somewhat surreal. Chock a block with thumping riffs and evocative lyrics, Face To Face is an album 40 years old that still kicks the arse of many albums before, or since.”

Tickets to The Angels special live preview of Face To Face 40th Anniversary Tour launch at The Bridge Hotel are on sale now. 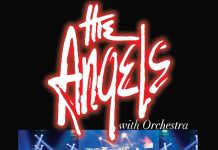