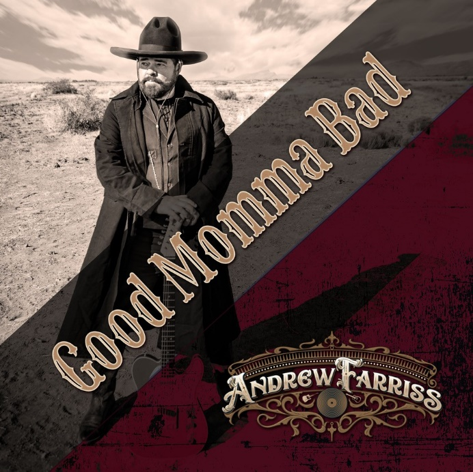 Following on from his captivating debut single Come Midnight, songwriter Andrew Farriss offers up a funky country groove Good Momma Bad as the second single from his highly anticipated forthcoming self-titled debut album. With Good Momma Bad released on the day Tamworth Country Music Festival kicks off, it is fitting that Andrew and his band will be showcasing the single, and tracks from his new album – due for release in May – at the festival, including a special performance at the Toyota Stars Under The Stars event on Friday 24th January.

While the name Andrew Farriss resonates in industry circles alongside his band INXS and the many hits he penned while they topped the charts, he is rightfully considered one of the country’s most prolific songwriters, having written, produced and performed music for acts such as Yothu Yindi, Tom Jones, Tania Kernaghan and Jenny Morris. In recent years, he has been co-writing with some of the biggest names in Nashville, including the likes of Grammy-award winning songwriters Gordon Kennedy and Paul Overstreet, as well as veritable country music songsmiths Frank J Myers, James Dean Hicks and Bruce Wallace to name a few.

Finding himself in the country music industry itself is fitting; Andrew has spent the past two-and-a-half decades living on the land, on a functioning cattle and grain farm in North-West New South Wales. There is something about the storytelling style in this musical genre that suits his sensibilities and that much is evident in the way his debut release, Come Midnight, resonated with audiences. The new single – Good Momma Bad – gets better every listen and draws you in from the outset. When Andrew sings ‘I just know we just all need a Good Momma Bad’, he weaves stories of a sliding doors style existence – the good and the bad. Wrapped up by the funky instrumentation, it’s exactly the sound Andrew was hoping for when he headed into Larry Beaird’s Nashville studios to record it.

“I wanted Good Momma Bad to have a strong funk groove played with country music instruments such as fiddle, mandolin, acoustic guitar and pedal steel,” says Andrew. “Good Momma Bad was a great recording session, we approached it in an old-school Nashville way, with the emphasis on playing live wherever possible, which was also exciting to get the right take and feel. I co-wrote Good Momma Bad with James Dean Hicks and Buck Johnson. Everybody, no matter what, needs a good mother, and no one gets through life without help from other people. The sad truth is not everyone has a good mother, and consequently people suffer during and in the midst of life. Many need much more love and support in their lives.”

For Andrew, many of the tracks from his forthcoming album draw on the songwriter’s own life experiences – directly or indirectly – some are from the archives and have been revisited, while others have been written recently specifically for this release. He is looking forward to being part of Australia’s biggest country music festival to showcases his new material and acknowledges the great support he has received from music fans and critics alike.

“I really appreciate the very positive encouragement and support I’ve received from the country music community and country music fans during the recording and songwriting process for my first solo album,” he says. “I loved writing this album. As a songwriter, I’ve always been a fan of country music, particularly old-school country and western – cowboy songs and country rock. During my songwriting I wanted to include the fusion of country, folk, rock, funk and blues, blended with country music instruments, and with the emphasis on recording live in the studio wherever possible.”

Andrew Farriss intends to rock Tamworth Country Music Festival, and beyond. His new single Good Momma Bad is released on Friday 17th January 2020. Andrew’s self-titled debut album is released 15th May 2020 and is available for pre-order from January 17 via https://ffm.to/andrewfarriss-album